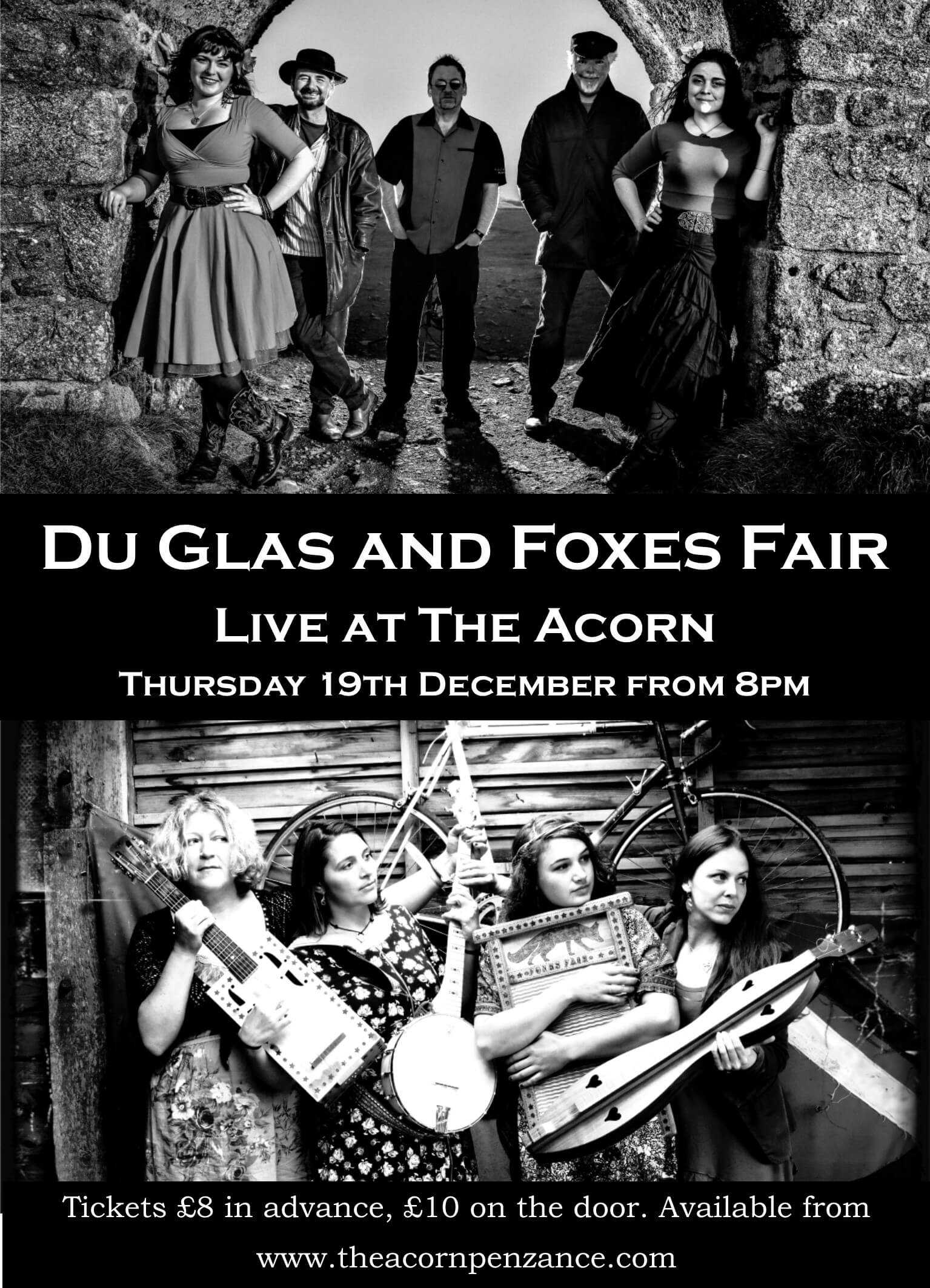 Tamsyn, Grace, Louella and Johanna had been friends and admiring each other musically for years before it finally occurred to them in 2015 to join forces professionally. The sentiment of four friends singing and playing together for their own enjoyment remains at the forefront of the result which is Foxes Fair.

Inspired by the deep well of traditional folk music, their subtle, playful string arrangements provide a delightful backdrop to their natural and effortless harmonies, as they tell stories of nature, love, death and the joys of drinking.

Born out of the vibrant music scene in Penzance, this spirited group mould their different musical tastes to create a diverse set of country rock and folk. After a successful summer playing festivals and gigs across Devon and Cornwall, Du Glas are ending the year with a bang back where it all began. Expect passionate vocals, solid rhythms and a truly vibrant performance.

‘[Too Many Ghosts] is such a beautiful song, we absolutely loved the strong folk instrumentation and the lovely vocal harmonies’ – Maisonneuve Music