An audience with 3 Daft Monkeys

Award-winning and entertaining Cornish festival act 3 Daft Monkeys will be playing a special “Audience with” show to celebrate 20 years of life on the open road as an independent original festival folk act. They will be playing a set of their most popular songs, as well as reciting tales of their colourful life, and the stories behind the songs. This is an informal and relaxed seated event, so if you have a burning question to ask the band…now’s your chance!

With their quirky and original approach to music, and their passion, intensity and the sheer joy of life, 3 Daft Monkeys have gained themselves a large and loyal cult following. Their music is hard to pigeon-hole, mixing and crossing many musical genres from Celtic, Klezmer, Gypsy, Balkan, Latin, Ska, Dub Reggae, Indie, Rock and even a hint of Shostakovich. Fascinating lyrics of personal and whimsical observations on life, and folk tales both ancient and modern, are told within the swirling layers of their music, all with the essential catchy sing-along chorus.

3 Daft Monkeys have always maintained an independent and cottage-industry approach to their musical career, boldly ploughing their own furrow through the music business, and gaining momentum through their exhilarating live performances and intensive European touring schedule.

3 Daft Monkeys have been personally invited to play live sessions on both the Bob Harris, and Mark Radcliffe BBC Radio 2 shows, with Mark Radcliffe hailing their live show as one of his “Highlights of Glastonbury”

“One of my favourite festival moments ever” (Mike Harding BBC2)

“One of the hardest-working, best lyric-writing, most joyful, danceable bands known to the universe!” (Green Gathering)

“The musicianship- the virtuosity, the song craft, the arrangement is simply astonishing” (Spiral Earth) 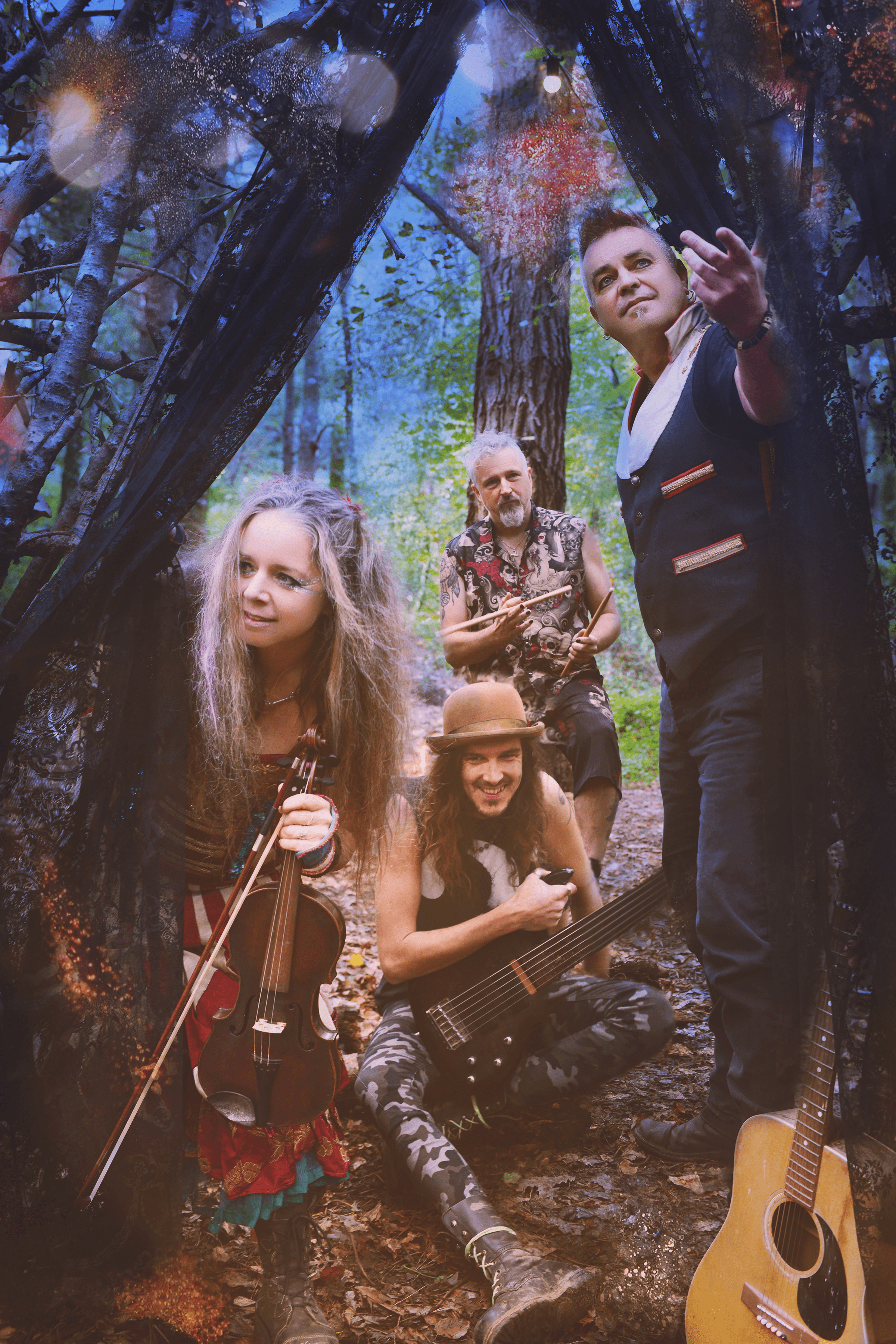