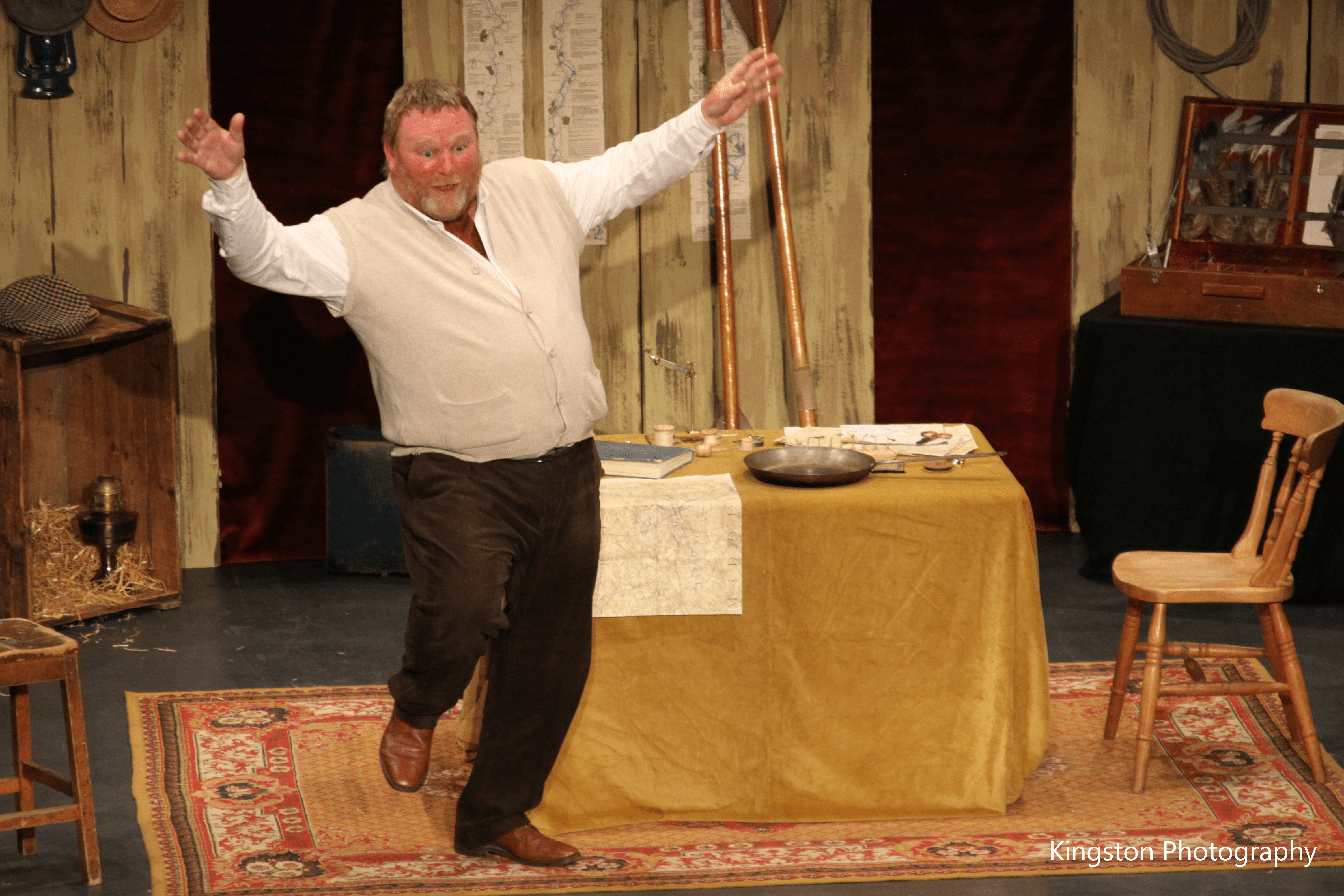 After the huge success of Old Herbaceous, Kick In The Head productions are back with a rip-roaring barrel of fun, Three Men in a Boat, with Giles Shenton (Old Herbaceous himself!) playing the part of Jerome K Jerome.

Join Jerome as he recounts the hilarious story of his boating holiday along the magnificent River Thames with his two companions and Montmorency the dog. Come and join in the fun as Giles Shenton expertly takes the helm and pilots you through the ridiculous tale of men behaving badly while messing about in boats!

Please note, no tickets will be sold on the door, advance sales only

“There are a few seriously funny books that remain great for all time. Three Men in a Boat is one of these” The Guardian

“Pitch-perfect comedy about, well, three men in a boat” The Telegraph

Giles Shenton “creates an instant rapport with the audience, drawing us into his world and making the characters in it so real we feel you have known them forever. ” Edinburgh Fringe Review

“Skilfully distilled from Jerome K. Jerome’s comic masterpiece into 95 minutes of pure delight. To those who wondered if the same team could live up to the earlier success of Old Herbaceous, the answer was an emphatic yes. A master class in confidence, stagecraft and delivery.” Opening Night Review

“The nearest thing to “audio slapstick” I’ve ever heard, culminating in the sublime comedy of opening a tin, when you’ve forgotten the tin opener. It is not often that you come out of a theatrical performance feeling like you’ve been sharing happy and hilarious times, safe from a cruel world & wrapped in a warm blanket.” Vera Fletcher Review