The play imagines a fictitious encounter between the reclusive writer and photographer Charles Dodgson (also known as Lewis Carroll) who invites celebrity author Charles Dickens to his home at Christ Church, Oxford in 1866 to pose for a portrait. Dickens is so intrigued by Carroll’s whimsical Alice’s Adventures in Wonderland that he accepts. The story of the play that unfolds is a baring of two creative souls, the one private and fastidious, the other boisterous and irreverent. As Dodgson struggles to capture a “perfect likeness” of Dickens with his camera, Dickens craftily pries into Dodgson’s personal life to get a handle on one of the most curious men he has ever met.

The result is a hilarious and revealing conversation between two quirky, fascinating, and completely different men. A Perfect Likeness is written by Daniel Rover Singer who was a founder and original performer of the Reduced Shakespeare Company, whose three-man farce The Complete Works of William Shakespeare (Abridged) ran for a record-breaking nine years in London’s West End and has since become one of the world’s most popular comedy shows.

A Perfect Likeness was originally produced by Paper Lantern Theatre in Winston-Salem, North Carolina, and since then Daniel says: “I’ve seen it performed about 30 times and I can attest to the magic spell it casts over every audience.” The play is brought to the UK stage for the first time by Conn Artists Theatre Company, following on from their hit tours of Mary Rose, Silas Marner and The Four Men. David Stephens, who is a regular actor with the company, stars as Charles Dickens. Ross Muir, who is the company’s actor/producer, will star as Lewis Carroll and says: “This piece is such a delight. I discovered that Daniel trained at the same drama school as me, although at a different time, but it felt like a sign to me that we produce the play and when Daniel checked out Conn Artists website he said, ‘Ah, what an ideal company for this show’.” Director Nick Young, who trained as a director with the Royal Shakespeare Company says: “What I loved about Daniel Rover Singer’s seductive and intriguing play was his bringing together two of our greatest Victorian authors and imagining what would their encounter have been like. Good theatre comes from the interaction of great characters that draw an audience into the action. Humane, witty, passionate – with a hint of sadness. ‘Perfect!’ I could not wait to direct it.” 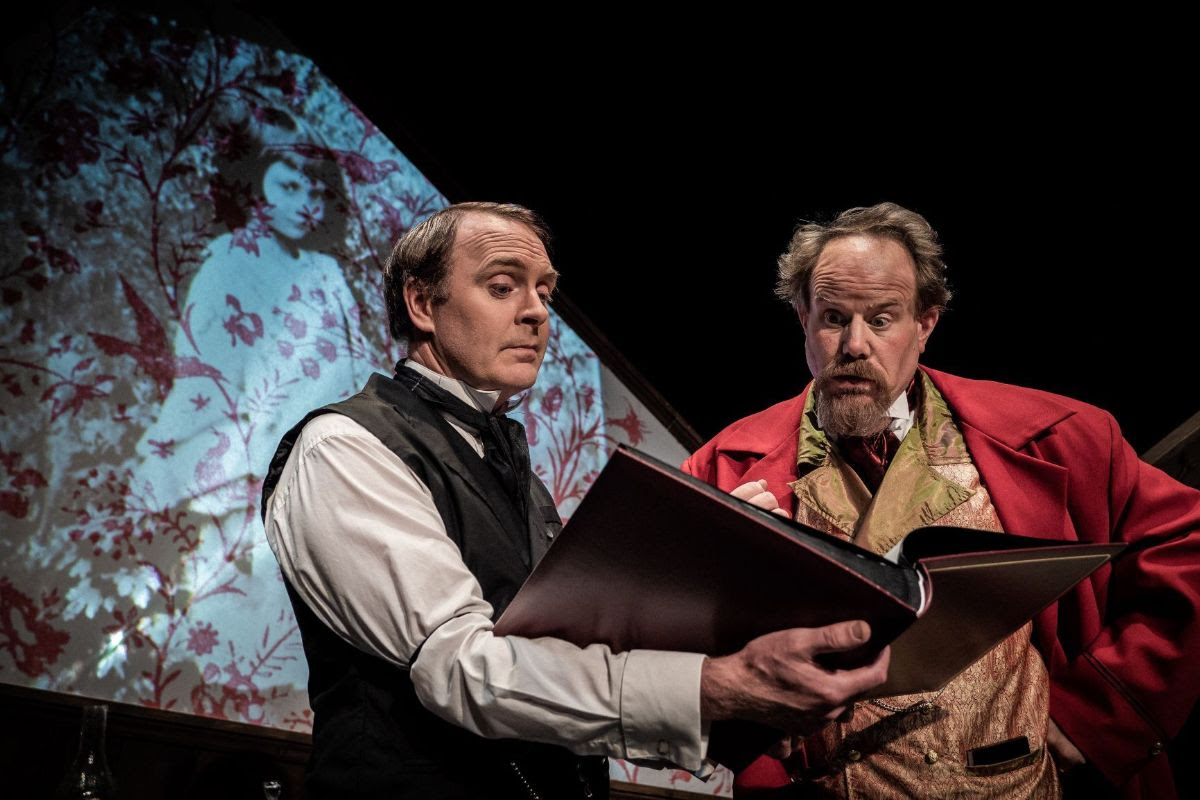