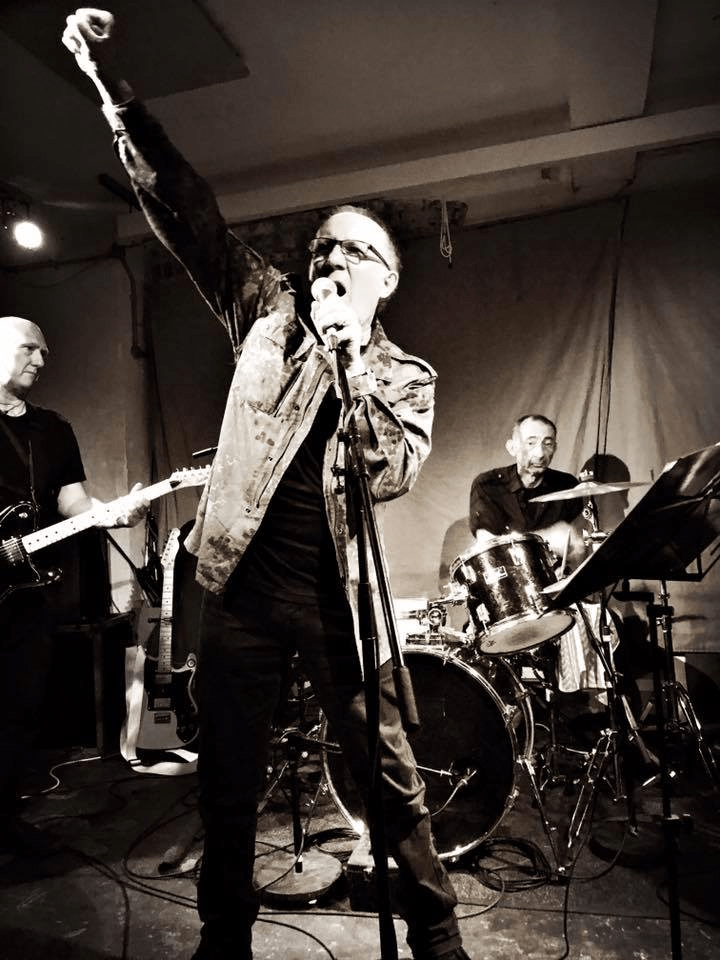 Alternative TV were formed in March 1977 by Mark Perry (vocals/guitar) with guitarist, Alex Fergusson. ATV (as they are known) played their first gig at the Nottingham Punk Festival in May 1977 and released their first single, ‘Love Lies Limp‘, as a free flexi disc given away with the last issue of Sniffin’ Glue (no.12), August 1977.

Following an abortive demo with EMI, ATV released the first proper single, ‘How Much Longer‘/’You Bastard‘, on Deptford Fun City Records. Following various line-up changes, their first album, ‘The Image has Cracked’, featuring the iconic single, ‘Action Time Vision’, was released in May 1978.

Becoming fed up with the punk scene, Mark took ATV into new musical areas in late ’78 with their experimental second album ‘Vibing Up the Senile Man’ and, after playing as the Good Missionaries for a few gigs, the band broke up for the first time in late 1979.

During 1980, Mark released a solo album, ‘Snappy Turns‘. He also played drums for the Lemon Kittens and the Door & the Window and sung with the Reflections. ATV reformed briefly in 1981 and recorded the ‘Strange Kicks‘ album for Miles Copeland’s IRS label.

Mark left the music biz in 1982 but was soon back in 1984 with a new ATV line up and playing gigs like Alan McGee’s early Living Room Club. The band continued, on and off, into the mid 90s playing various gigs and recording for various labels along the way. This period focused more on Mark’s song writing abilities than on ATV as a punk band.

In January 2001, Alternative TV visited New York for the first time and played a few gigs including an appearance at Punk Magazine’s anniversary party at CBGB. In April they returned to NYC at the invitation of Spin Magazine to play their 25 Years Of Punk party, again at CBGB (a live CD of this show was released in May 2002).

In 2015, Alternative TV released their first studio album in 14 years, “Opposing Forces“, which was well received by fans and critics alike. Last year, they followed it with the album ‘Primitive Emotions’, a collection of singles and compilation tracks released on various labels over the last few years.