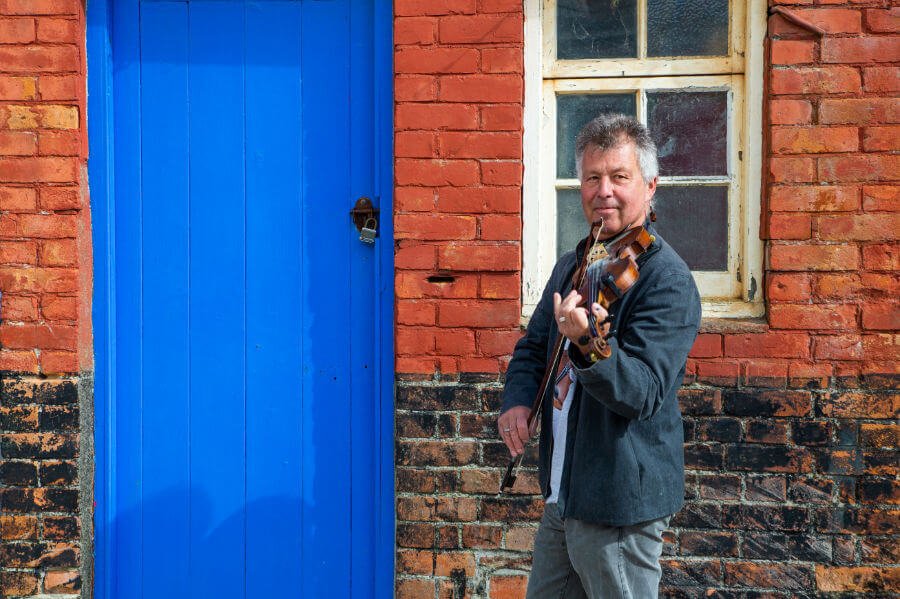 Newlyn-based fiddle player Andy Law is joined by local folk musicians on his debut CD, produced to raise much-needed funds for the Aurora Foundation for people abused in childhood. This CD launch is supported Heb Mar, traditional, modern and original Cornish folk music played with verve. The evening will feature tunes from the CD, which will be available for sale for the first time on the night.

Andy Law, originally classically-trained and a survivor of childhood sexual abuse, took up folk fiddle after moving to Cornwall in 2013, joining the Golowan Band and forming the duo Cragg’s Law with melodeon player Marc Cragg. Andy is now a firm fixture on the folk music scene in West Cornwall, playing with Cornish Dance group the Penzance Guizers, playing regularly at the Cornish music session on Thursday evenings at the Admiral Benbow in Penzance and having played with Cragg’s Law at the Bude and Stratton Folk Festival and Sea, Salts and Sail Festival in Mousehole as well as featuring as regulars on the FAR Stage at the Cornwall Folk Festival and the Ale and Anchor Festival at The Old Coastguard

Come along for a great evening of uplifting folk music from Cornwall and around the British Isles.

All profits from ticket sales and every penny from every CD sold, will be donated to the Aurora Foundation