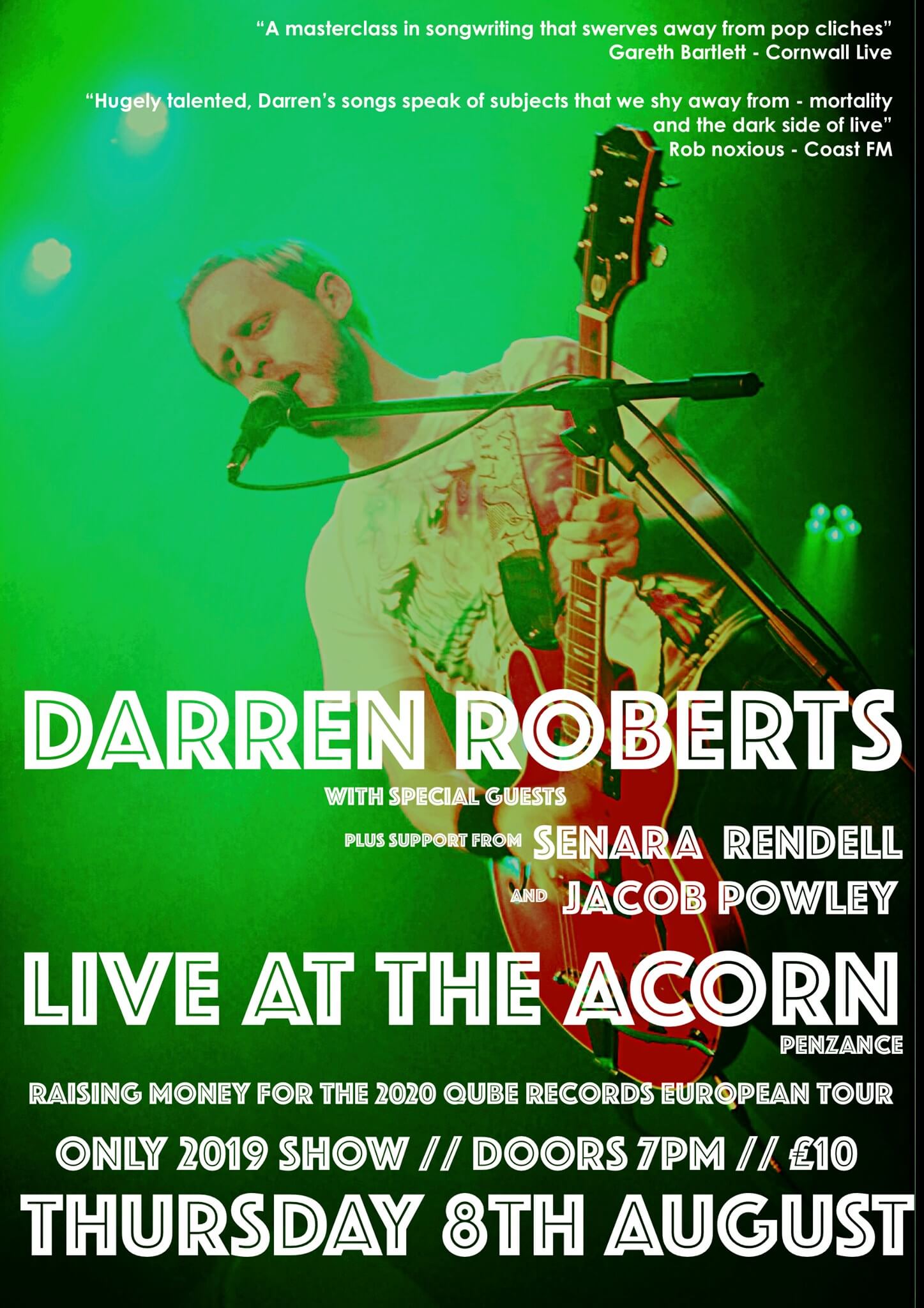 Producer, songwriter and guitarist Darren Roberts is coming out of semi-retirement for one night only to play his first-full band solo show in 10 years! These days Darren is best known for producing records by Cornwall’s best bands, including Penzance’s own Die Spangle, the Tribunes and The Surgeons, but he has enjoyed a fruitful career with his own music both as a solo artist and in several renowned bands like The Raise and Blank Panda. He has just released his 5th solo record, the EP Phantoms, and has had albums chart across Europe and South America.
In his day job, Darren runs Qube Records, the internationally recognised in-house record label of Mounts Bay Academy. The label records and releases original songs by the students of Mounts Bay and beyond, and has just passed 32,000 downloads worldwide! Next summer the young songwriters are embarking on a tour of Europe, and all profits from this show will go towards that trip of a lifetime for those young people.
The show is Darren’s first live performance of any kind in almost 2 years and his first time back at the acorn since 2012! The set features music from across his 15-year career and also some special guests from the Qube Records stable!
Support on the night comes from Qube Records alumni Jacob Powley, whose new album “I’m Only Happy When I’m Wasting Time” is released on August 2nd, and Qube Records Artist of the Year for the last 2 years running, Senara Rendell, who also has a new album “In Her Eyes” out in the summer.