Do You Think That’s Wise? The Life & Times of John Le Mesurier

In this affectionate tribute to one of Britain’s best-loved comedy stars, leading impressionist Julian Dutton (BBC1’s The Big Impression, BBC R4’s The Secret World, co-creator & co-star of BBC2’s Pompidou with Matt Lucas etc.) brings to life the man behind the wry smile and urbane English repartee that charmed millions and turned John Le Mesurier into a household name as Sergeant Wilson in Dad’s Army. As with many comedy stars, Le Mesurier’s life was not without tragedy – his broken marriage to Hattie Jacques, his betrayal by his best friend Tony Hancock – all these setbacks shook him, but his reputation as the quintessential English Gentleman never wavered. Packed with glorious reminiscences and stories from the Golden Age of Classic British Comedy, Julian Dutton’s show is a joyful and moving celebration of one of the most popular comic actors of our era.

“You would think that John Le Mesurier was actually stood before you. An amazing biographical tale – look out for it on tour.” BRITISH COMEDY GUIDE
“A compelling performance” Chortle
‘An impressionist tour de force,’ – Independent
‘Brilliant,’ – Jon Culshaw
‘A superb impersonation,‘ – Claire Cavanagh, BBC Bristol
‘Uncanny,’ – Nick Steele, Bath Comedy Festival
‘One of the best vocal performers around,’ – BBC Comedy
‘A fantastic show,’ – James Hurn, the One-Man Hancock’s Half Hour
‘Wonderful – walk over coals to see it,’ – Carla Mendonca 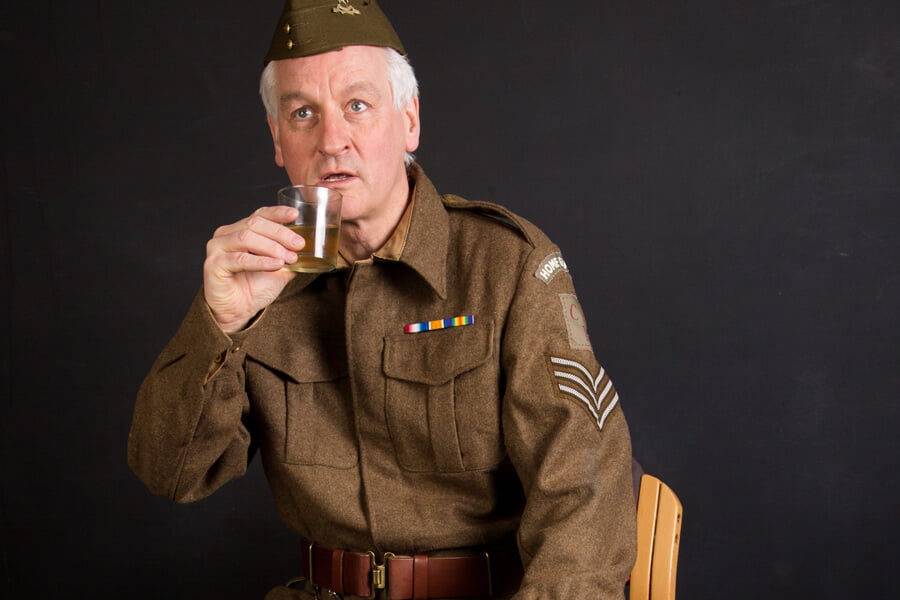