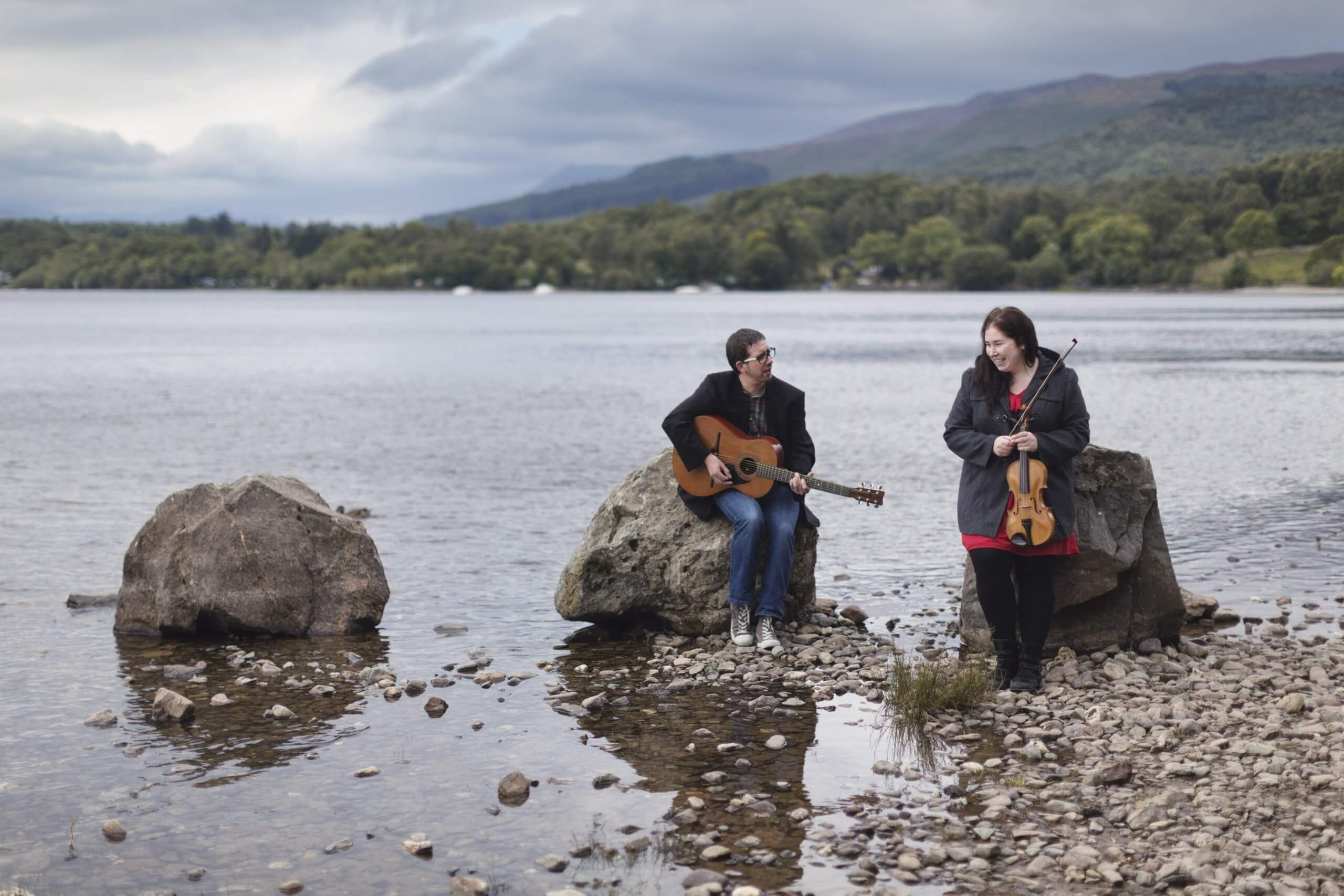 Eilidh Steel & Mark Neal are a Scottish duo rooted in the traditions of Scotland’s music & song. They are both prolific tune & songwriters and their music features many of these compositions alongside old traditional music with a strong influence from Argyllshire and the West highland of Scotland.

They have toured extensively around the UK & Europe with performances at The Glasgow Royal Concert Hall, Celtic Connections Festival & outdoor concerts to over 4,000 people in Italy, The Scotts Fiddle Festival, North Atlantic Fiddle Convention,  Corbier Festival, Niel Gow Fiddle Festival & many others.

The duos debut album “Imprints”, has been very well received being awarded “Album Of The Week” on BBC Radio.

Eilidh Steel has been playing the fiddle since the age of six, training in both traditional & classical styles & before leaving school had already toured Romania & Russia. She was awarded the Sir Jimmy Shand Scholarship to study a BA honours degree in Scottish Music. Since graduating she has found herself in great demand as a performer, composer & tutor. She is also the Artistic Director of the annual Scots Fiddle Festival.

Mark Neal started learning music at the age of five. He enjoys playing many instruments but found his main musical passion as a guitarist & singer. He started his professional musical career in Edinburgh while studying for a degree in physics and then going on to a PhD in musical acoustics. Alongside his performing, songwriting & music teaching, Mark also runs the Edinburgh recording studio “The Sonic Lodge.”