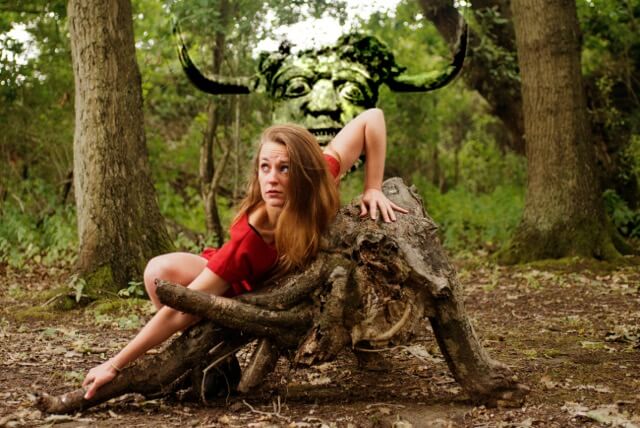 This new dance theatre production sees the central character, Kitty, being controlled by her overprotective sister, who keeps steering her away from the spooky Ooser mask. She is drawn in by her fearless curiosity and is embraced by the mystical creature giving her a sense of freedom not offered by her sister. However, Kitty keeps being interrupted and is broken from this playful engagement. The frustration builds for Kitty and is forced into deciding which path to take. Will she follow her heart and embrace her true self or do what is right in the eyes of her sister?

Folklore entwines three past folk stories from across the South West to form a new narrative using contemporary dance and puppetry to show the characters interaction.

Original music is composed by Dorset folk-duo Ninebarrow bringing the extra dimension of colour to each scene.