Alternative-folk pioneers Gadarene play their uplifting brand of dance-influenced groove. Gadarene is a hidden gem of the English folk scene, a high energy blend of Modern dance rhythms and old English tunes combined with virtuosic musicianship and step-dancing,. This 5-piece create a unique sound, their tightness and skill guaranteed to get audiences on their feet

After a fabulous critical and audience reception for their album “Volume Two: Live in 2016”, Gadarene have spent their time playing festivals and touring the UK club scene. This year sees the release of their eagerly awaited new album “Butchers of Bristol”.

Delivered with great rhythm, innovative instrumentation and good humour, Gadarene’s infectious sound is sophisticated enough for seated audiences and wild enough to get everyone dancing.

“a splendidly vibrant unit who take chances and pull more than rabbits out of the hat.” (fRoots magazine)

“the tightness and skill of this quintet give a sound that carries across the varying styles, setting them apart as a unique unit who are definitely worth discovering.” (Fatea)

“musicians sparking off each other in no small order.”  (fRoots magazine)

“a hugely bold sound… It’s a sound that refocuses the genre, a new relevance that’s beyond tradition.” (Dave Henderson, MOJO)

These amazing old tunes are all miniature masterpieces and deserve the exposure. Some of the tunes have not been played for 300 years and it’s brilliant to see audiences enjoying them so much. 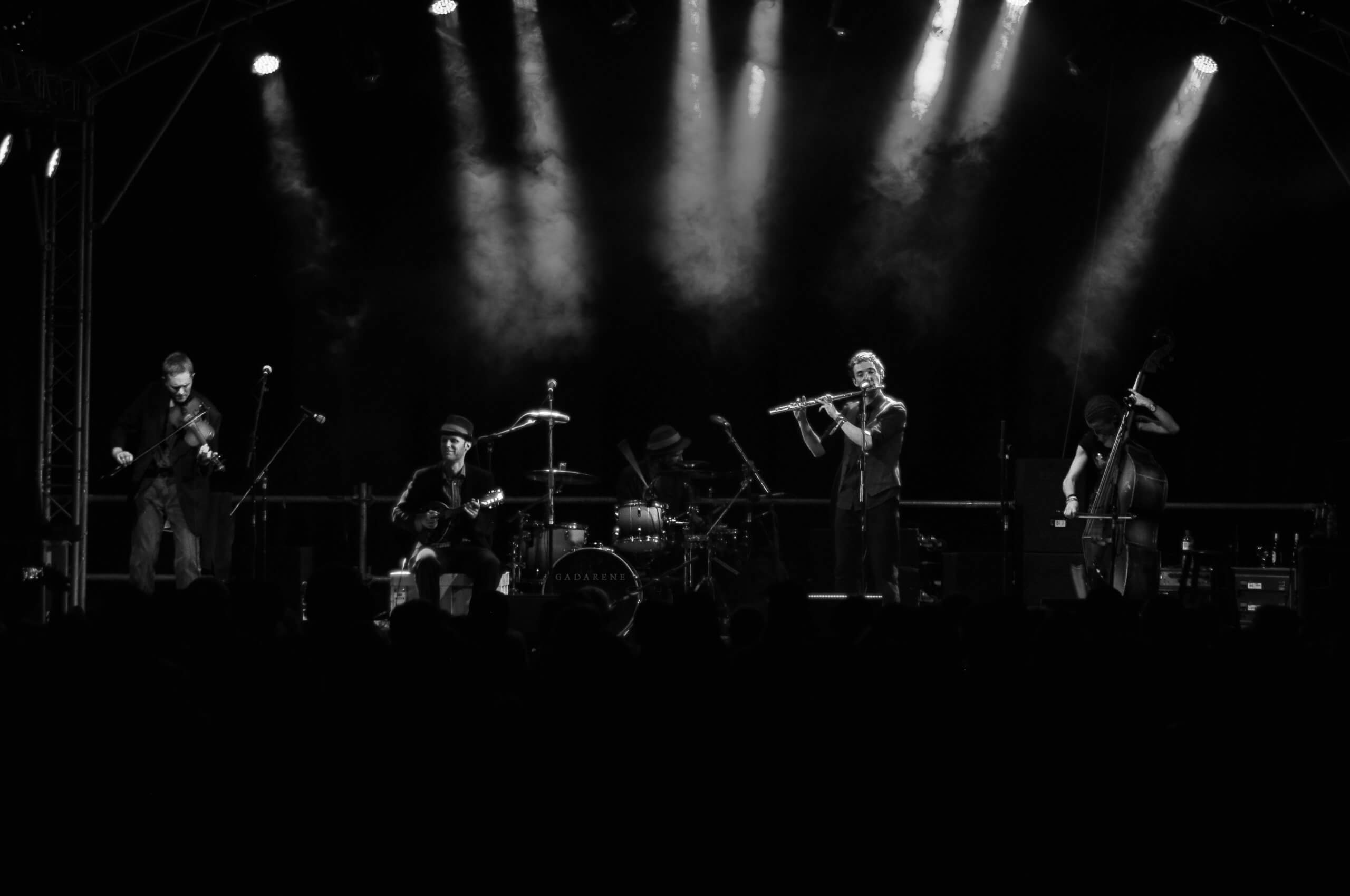