Foxes Fair: Inspired by the deep well of traditional folk music, tailoring songs and melodies to fit their own unique musical style, Foxes Fair’s playful string arrangements (using the classic old-time styles of 5-string banjo, Appalachian dulcimer and finger-picked guitar), provide a delightful backdrop to their natural and effortless harmonies. Their sound as timeless as their topics, they tell stories of nature, love, death and the joys of drinking.
Foxes Fair’s live performances are permeated by a warmth and comradery rarely seen to this extent in musical groups, friendship clearly binding these ladies as much as the love for the music they make.

“Now, without the prop of his USP of being ‘the bus-driving poet’, Gray Lightfoot is ready to be taken seriously.”

“His new material will have you rolling in the socially-distanced aisles.”

“That’s what it says here!”

“Just go with ‘Gray Lightfoot, the one you won’t mind missing while you go and get the drinks in’.

Louella: Louella is an accomplished singer-songwriter from Cornwall. With sweet honey melodies that have a whiskey kick over a strong rhythm guitar style, she can really captivate an audience. She has influences in every genre so her songs are varied reaching from folk to blues to rock and roll. A roller coaster of emotion and feel. Having supported The Levellers, Louella has played to a great variety of audiences and always goes down well, engaging with her listeners both through song and conversation. Louella’s stunning voice and her phenomenal ability with the guitar will have “the hair on the back of your neck stand up.” Single “Wearing It In” out now.

Lynn: Melody Maker considered Lynn one of the best female guitarists in the UK  and she continues to impress with clear and intricate finger-picking. She is influenced by a variety of styles, including blues, ragtime, folk and jazz. Lynn has supported many top artists: Ramblin’ Jack Elliott, Jake Thackeray, Richard Digance and Martin Carthy and spent a few summers touring the New England coffee houses and festivals. Well-renowned guitarist, Stefan Grossman, invited her to record on his Kicking Mule label where she was one of two women in the UK to feature on the first all-women guitarist album, Women’s Guitar Workshop. Lynn is also a song-writer influenced by Don McLean, Paul Simon and the Laurel Canyon collective: Joni Mitchell, Crosby, Stills, Nash and Young, James Taylor, Carole King. Her songs pull on many topics, from the moon landings and silent movies to the hippy trail and, of course, love and loss. 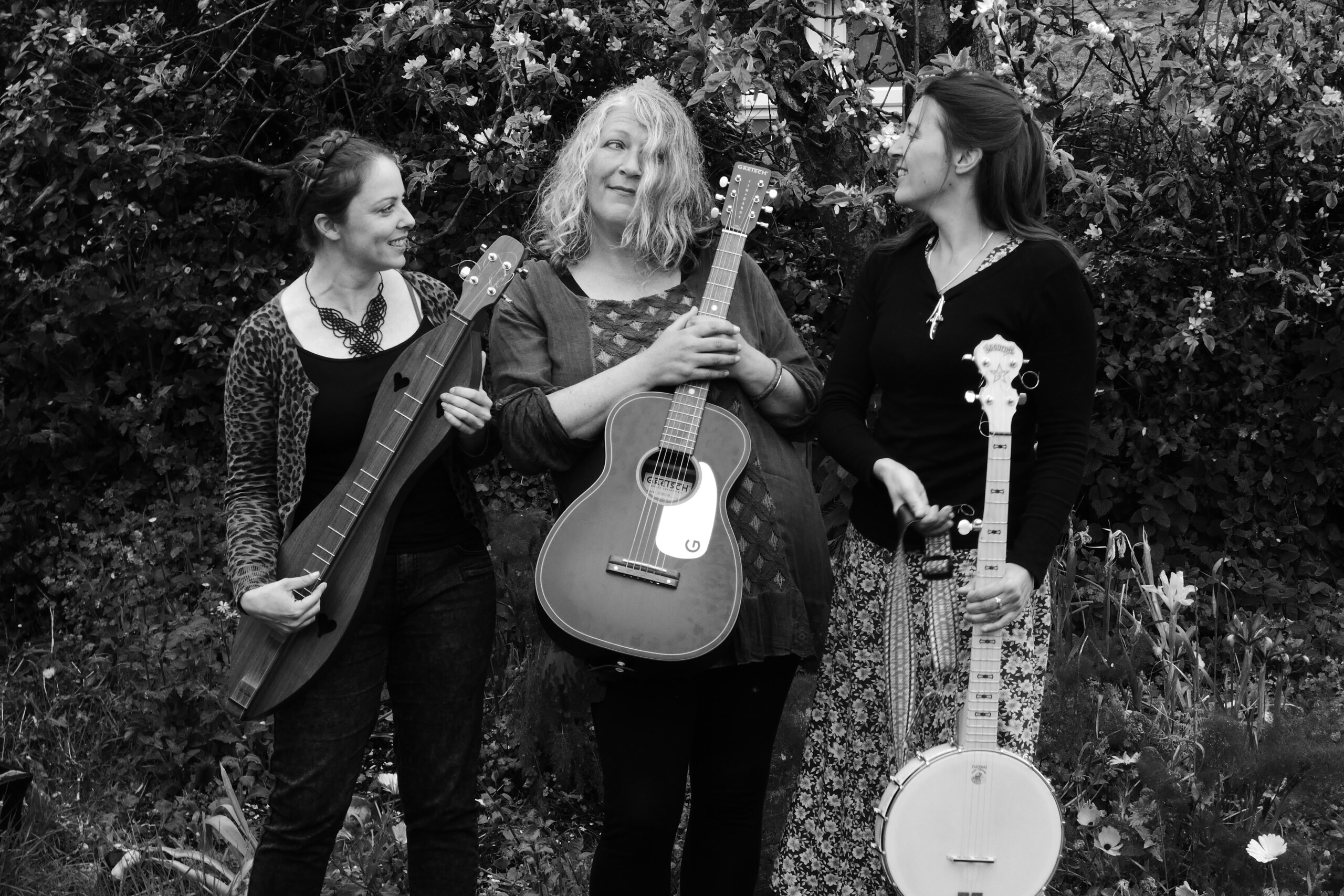