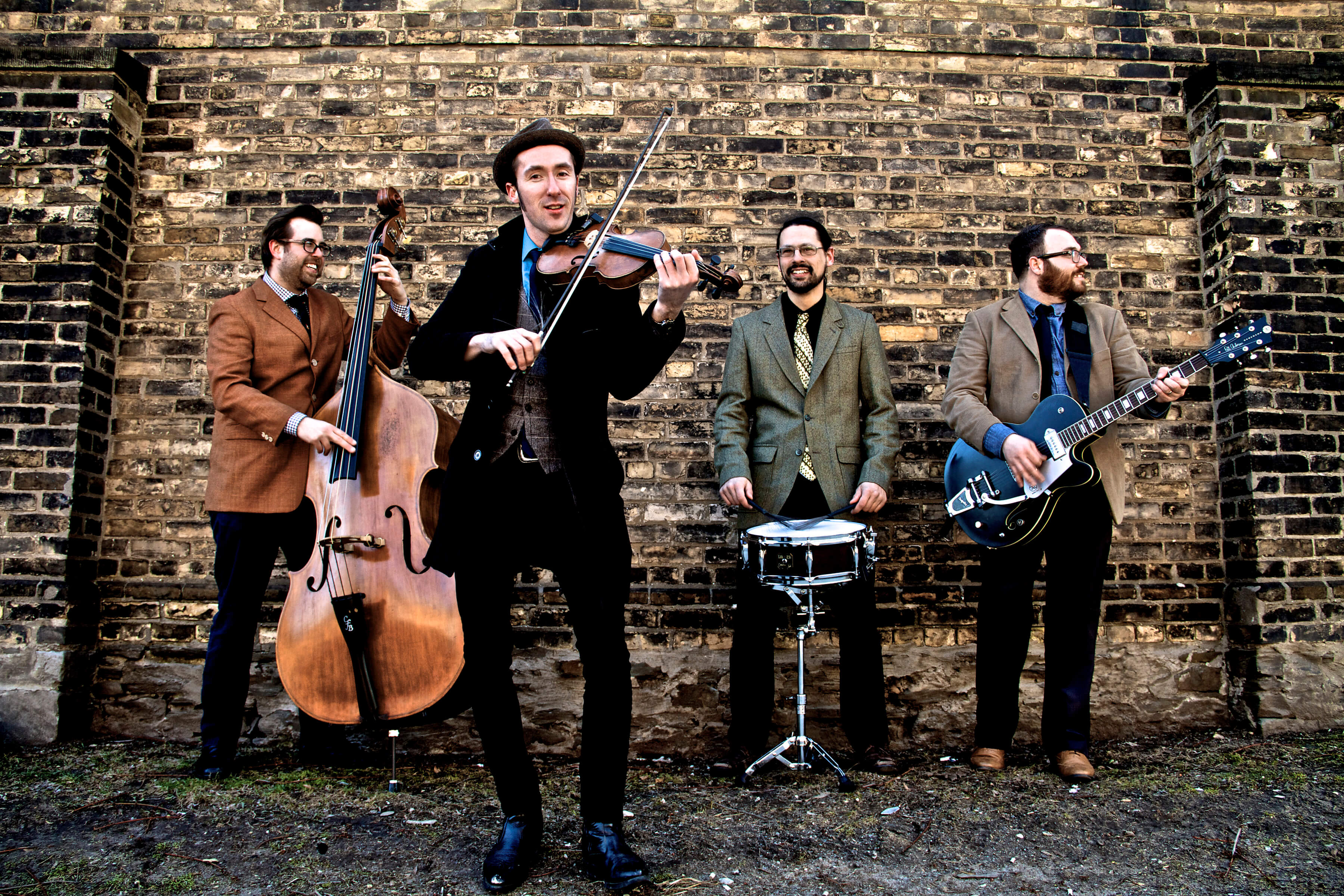 Gordie MacKeeman exemplifies the term natural showman. An ace fiddle player nicknamed “crazy legs” for his frenetic loose-limbed step- dancing, he just loves to perform. Combine that exuberance and onstage dynamism with the stellar musicianship of his multi-instrumentalist comrades His Rhythm Boys, and you have an unstoppable roots music force. That potent combination has made the group highly sought-after performers on the international roots music circuit, thrilling audiences from Adelaide, Australia, to Edinburgh, Scotland.

The Prince Edward Island-based combo has released three albums to date: 2011’s self-titled debut, 2013’s Pickin’ N’ Clickin’, and 2015’s Laugh, Dance & Sing. These have brought the lads impressive airplay and multiple awards, though Gordie stresses that live performance remains his true calling. “I’d say we consider ourselves a live band more than a recording act,” he explains. “We just love being onstage in front of an audience. We view our albums as a souvenir of the live show, so we record live off the floor as much as possible.”

The group comprises Gordie MacKeeman (fiddle, acoustic guitar, feet percussion, vocals), Peter Cann (guitars, banjo, vocals), Thomas Webb (guitars, bass, banjo, steel guitar, vocals), and Jason Burbine (bass, percussion, guitar, vocals). They have been together for six years, but many of the members played together in different combinations prior to that, as is audible in their aural chemistry. The fact that each member is skilled on multiple instruments gives Gordie MacKeeman and The Rhythm Boys a high-powered musical arsenal. The result is an eclectic signature sound that draws upon bluegrass, old-time country, folk, rockabilly, swing, Celtic, and other styles in genre-defying fashion.

The hard-working combo has regularly delighted audiences at such major international festivals as Glastonbury, WOMAD, Celtic Connections, and the Orkney, Shrewsbury and Woodford Folk Festivals. In 2012, they won the Galaxie Super Nova Award at the Ottawa Folk Festival for their electrifying performance, while their 2015 and 2016 Music PEI Awards for Entertainer of the Year are also attributable to their performance prowess. Their first two albums collected multiple East Coast Music and Music PEI Awards in the roots categories, while Laugh, Dance & Sing won 2016 Music PEI Awards for Album, Group Recording, and Roots Traditional Recording of the Year.

Both live and on record, Gordie MacKeeman and His Rhythm Boys serve up a neat balance of traditional tunes and well-crafted group originals, in both instrumental and vocal styles. “For the traditional tunes, I try to find ones that are a little more obscure, though it’s nice to have a few that are very recognizable as well,” says Gordie.  A fine example of that on Laugh, Dance & Sing is the lovely cover of Gene MacLellan’s “Song To A Young Seagull,” a comparatively little-known composition by the East Coast songwriting great.