Psychic’ performances are everywhere these days – with people who claim the ability to communicate with the dead performing in everywhere from theatres, to home visits, and on television.

What, however, for those who are interested in the idea of these ‘psychic’ shows, but are skeptics? Or would like to see how much ‘psychic’ phenomena can easily be faked?

That is why magician, escapologist and comedy performer Greg Chapman created his ‘The Non-Psychic ‘Psychic’ Show’, and is very excited to be returning to the Acorn Theatre with the show. Using the full range of magic, escapology, mentalism and other performance skills, he takes the audience through a ninety minute exploration of fraudulent mediums, from the Victorian Seances to modern psychic readings, but all clearly presented as trickery – and without any attempt or illusion of talking to people’s “dead relatives'”.

This show is fun and thought provoking. Although the show takes no stand on whether it is actually possible to communicate with the dead, it shows how the appearance of such communications can be made through trickery, in a way that is entertaining, interesting, and at times downright funny!

If you have seen the show before, Greg has (for some unknown reason) had nearly a year off of live shows in 2020, and has spent that time working on new material, so there will be new pieces to enjoy in this year’s tour of ‘The Non-Psychic ‘Psychic’ Show’! 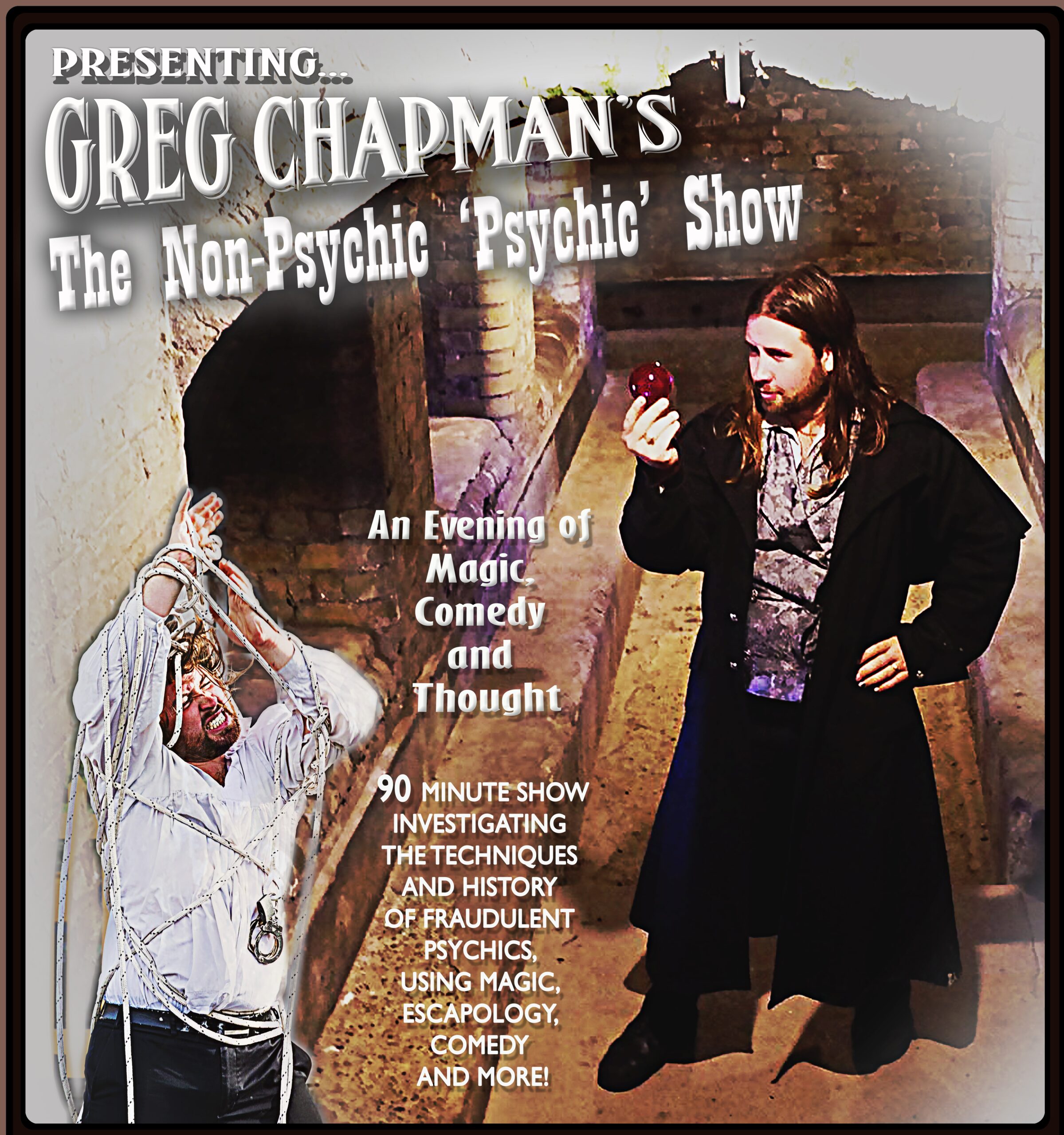