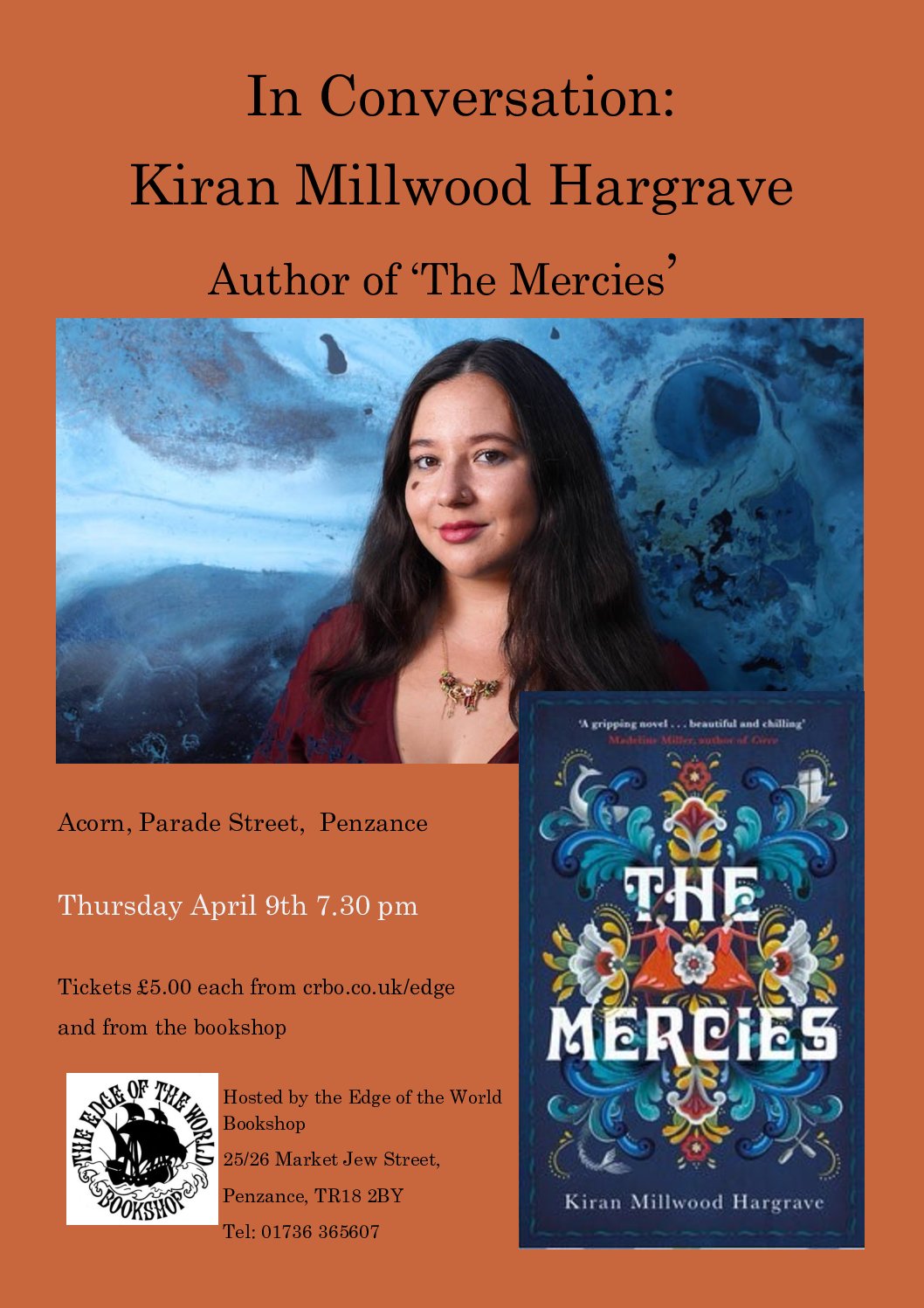 Beneath the sunken sun in Norway’s winter islands, twenty-year-old Maren Magnusdatter watches the sea break into a sudden and reckless storm. Forty fishermen, including her brother and father, are drowned and left broken on the rocks below. With the menfolk wiped out, the women of Vardø must fend for themselves.

Three years later, a sinister figure arrives. Summoned by the authorities to take control of a place at the edge of the civilized world, Absalom Cornet knows what he needs to do to bring the women of Vardø to heel. With him travels his young wife, Ursa. In Vardø, and in Maren, Ursa finds something she has never seen before: independent women. But Absalom sees only a place untouched by God and flooded with a mighty and terrible evil, one he must root out at all costs.

Inspired by the real events of the Vardø storm and the 1621 witch trials, this is a story of love, evil, and obsession, set at the everdark edge of civilisation.

Kiran will be in conversation with Rachael Howorth from Penzance’s Edge of the World Bookshop. Rachael has enjoyed reading Kiran’s books for years and is delighted to be able to find out more about Kiran’s frozen worldscapes.  Join us for an evening of page-turning entertainment.