George Crocker is keen to liven up his dull life so he decides to join the village Drama Club hoping to play the panto dame. What happens then turns his world upside down and instead he finds himself taking on the role of Henry 5th!

Set during the Second World War this original, inspiring show is suitable for everyone and with one actor playing all 17 parts you can guarantee it’s going to be a hoot!

As a member of the Royal National Theatre Company Mark Carey worked on Betrayal, The Relapse and The Merchant of Venice all for Trevor Nunn and has had many appearances on TV in such shows as The Invincibles, Widows, Murphy’s Law, Underbelly, London’s Burning and most recently Doctors and Luther. Mark’s many radio appearances include Wuthering Heights, Ashes to Antarctica, The Kingsnorth Six, and The Archers.

“The quality of acting and writing is as good as any you will see. A deep and nuanced story. Every character drips with personality and charm.” The Cheltenham Standard

“A delight, a lovely and very humorous play that fully merited the standing ovation.”  Stratford Herald 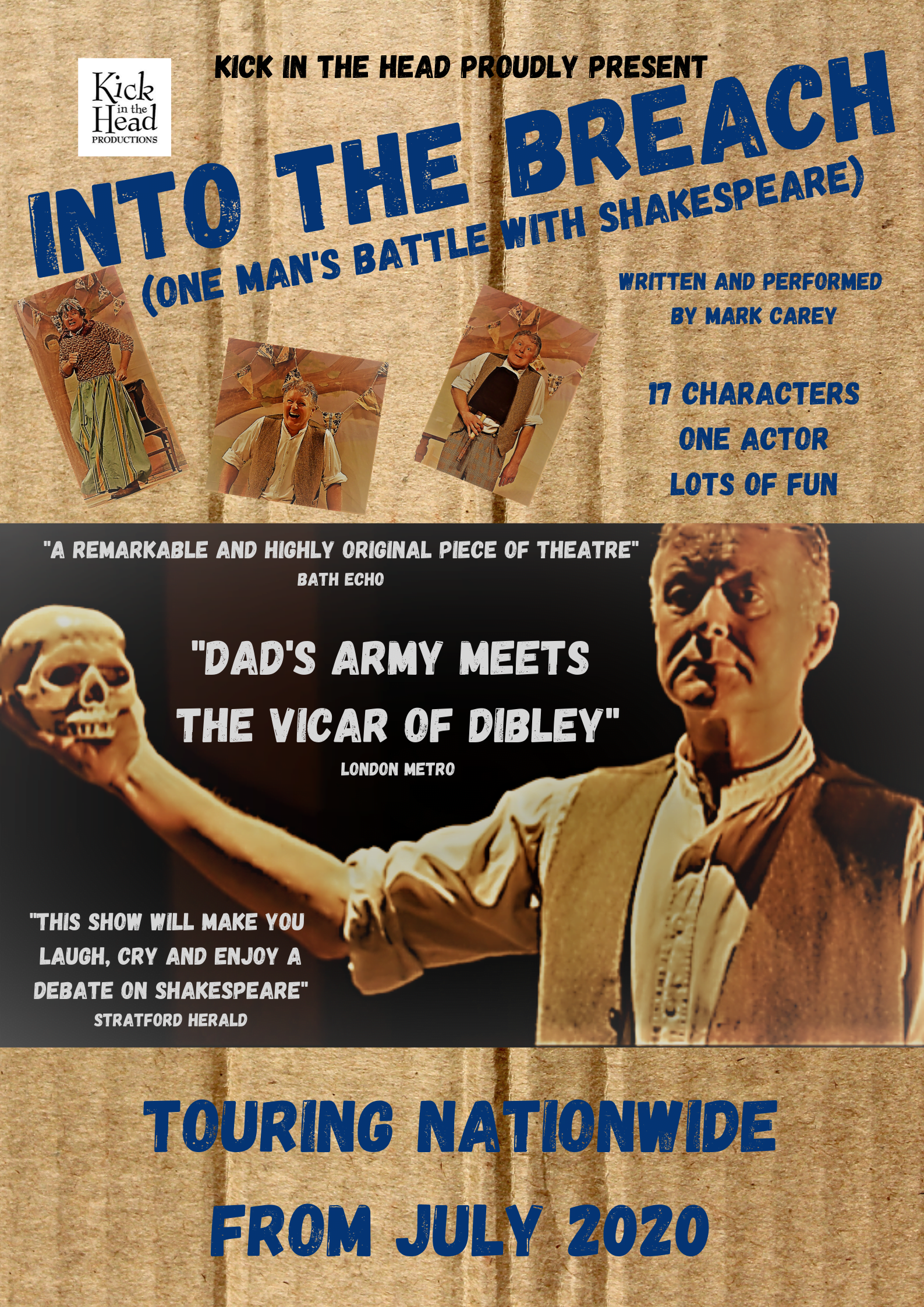