Jenny Bishop is a talented singer-songwriter with a long history of performing predominantly on the folk circuit. She has appeared at some great shows including a performance on the main stage at Trowbridge Folk Festival and has opened for some incredible musicians including Midge Ure, Richard Thompson, Glenn Tilbrook and Ralph McTell. Jenny released her brilliant album “Changing Scenes” in 2016 and will be performing songs from it alongside lots of new material that is set to form a self-produced album scheduled for release in October 2020. Jenny is well known for her use of live looping during her shows and she has a true passion for music technology. She has studied film and TV composing in the last 4 years and is currently studying for a Master of Fine Arts in Orchestration for Film. You will hear her use of these studied techniques and live looping methods to bring a big sound to the stage with both cinematic depth and a core of emotionally evocative, self-written songs about everything from lost love to the birth of her children.

Jenny will also be joined on stage by local ladies with superb voices ‘Foxes Fair’. 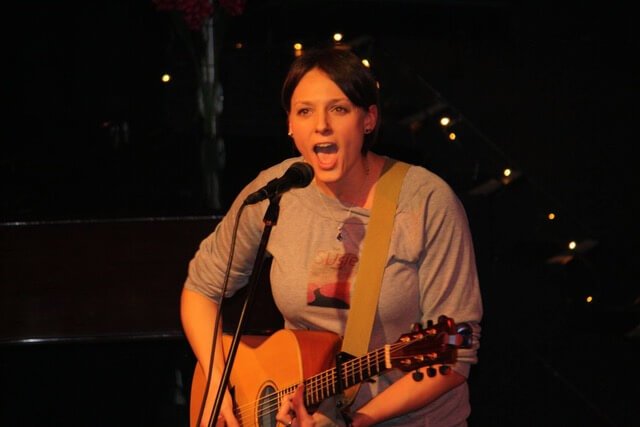