Kathryn Williams has been making records since 1999 when she released Dog Leap Stairs on her own label. Since then she has received a Mercury Music Prize nomination – for Little Black Numbers – collaborated with artists such as Bombay Bicycle Club, John Martyn & Neil MacColl (son of Ewan MacColl) as well as creating a fictional Greatest Hits album to accompany Laura Barnett’s 2017 novel of the same name. In 2013 Kathryn was commissioned to write a collection of songs to commemorate the 50th anniversary of publication of Sylvia Plath’s “The Bell Jar” resulting in the breath-taking record Hypoxia.

Drawing inspiration from artists such as Nina Simone, Nick Drake, Joni Mitchell and Bob Dylan, Kathryn Williams writes from the heart and delivers a sparkling mix of beautiful and passionate songs. Her sense of fun and adventure shines through in every live performance.  Her work has been described “magnificent and melancholic” (Metro 2013) and Gus Ironside (Louder Than War) defines her as “one of our finest contemporary singer-songwriters”.

To mark her 20th anniversary as a recording artist, in 2019 Kathryn Williams released Anthology on One Little Indian records. This career spanning boxset features unheard tracks and demos from recording sessions across ten albums, and is illustrated by Kathryn herself. 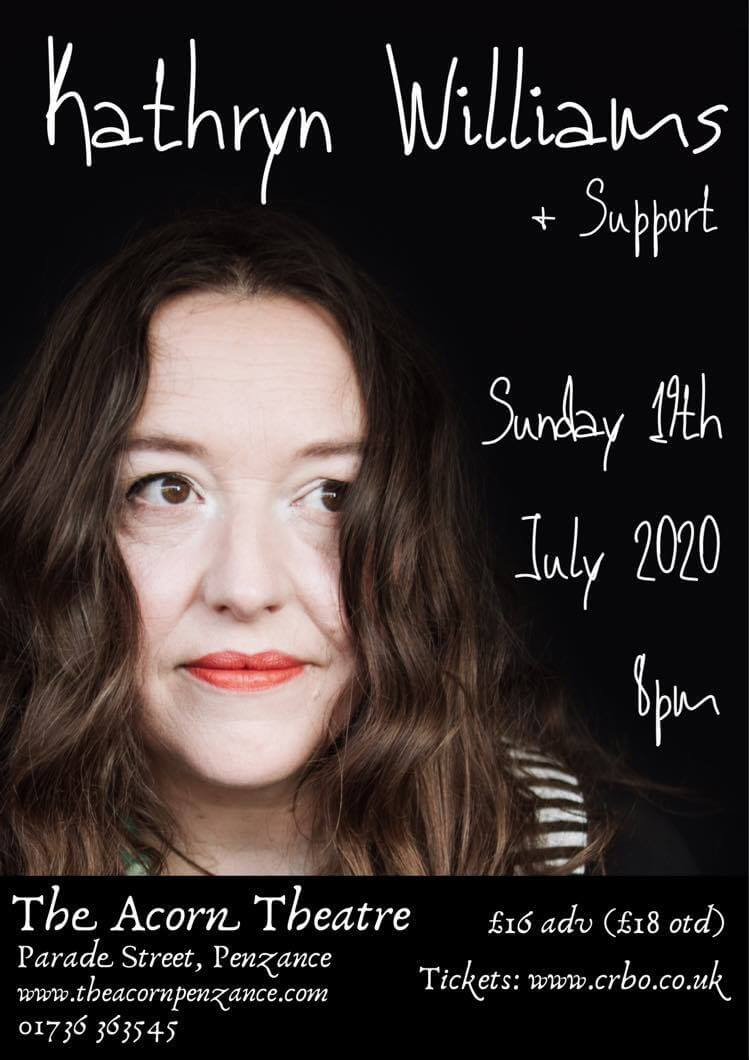