In 2022, global-folk band Mishra met international fusion vocalist Deepa Nair Rasiya. Out of a blossoming musical friendship, they began a collaborative project that takes the soul-stirring euphoria of Deepa’s sufi singing as a starting point, and weaves in the threads of Mishra’s UK folk and Indian classical influences to create a captivating cross-cultural sound. Their joyous performances are a journey of contrasts, from hand-clapping trance-like sufi songs to spacious stillness and reflection.

Over 30 years of studying Indian music and working across genres under the banner of ‘world music’, Deepa Nair Rasiya has forged an international reputation as a vocalist and composer, receiving awards and acclaim in the UK and India. She has worked with artists, including Kuljit Bhamra and is currently touring with Opera North’s production of Orpheus.

Mishra are Kate Griffin (The Magpies) on banjo and vocals, Ford Collier (The Drystones) on low whistle and percussion, John Ball (Rafiki Jazz) on tabla and santoor, Joss Mann-Hazell (Auka) on double bass, and Alex Lyon on clarinets and vocals. Since forming in 2018, Mishra have won the Chritian Raphael prize, received BBC Radio 2 airplay for their albums ‘The Loft Tapes’ and ‘Reclaim’, and performed slots at festivals including Cambridge Folk Festival, Beardy, Timber, and more. They are 2022 recipients of Celtic Connections’ prestigious ‘Danny Kyle’ award. 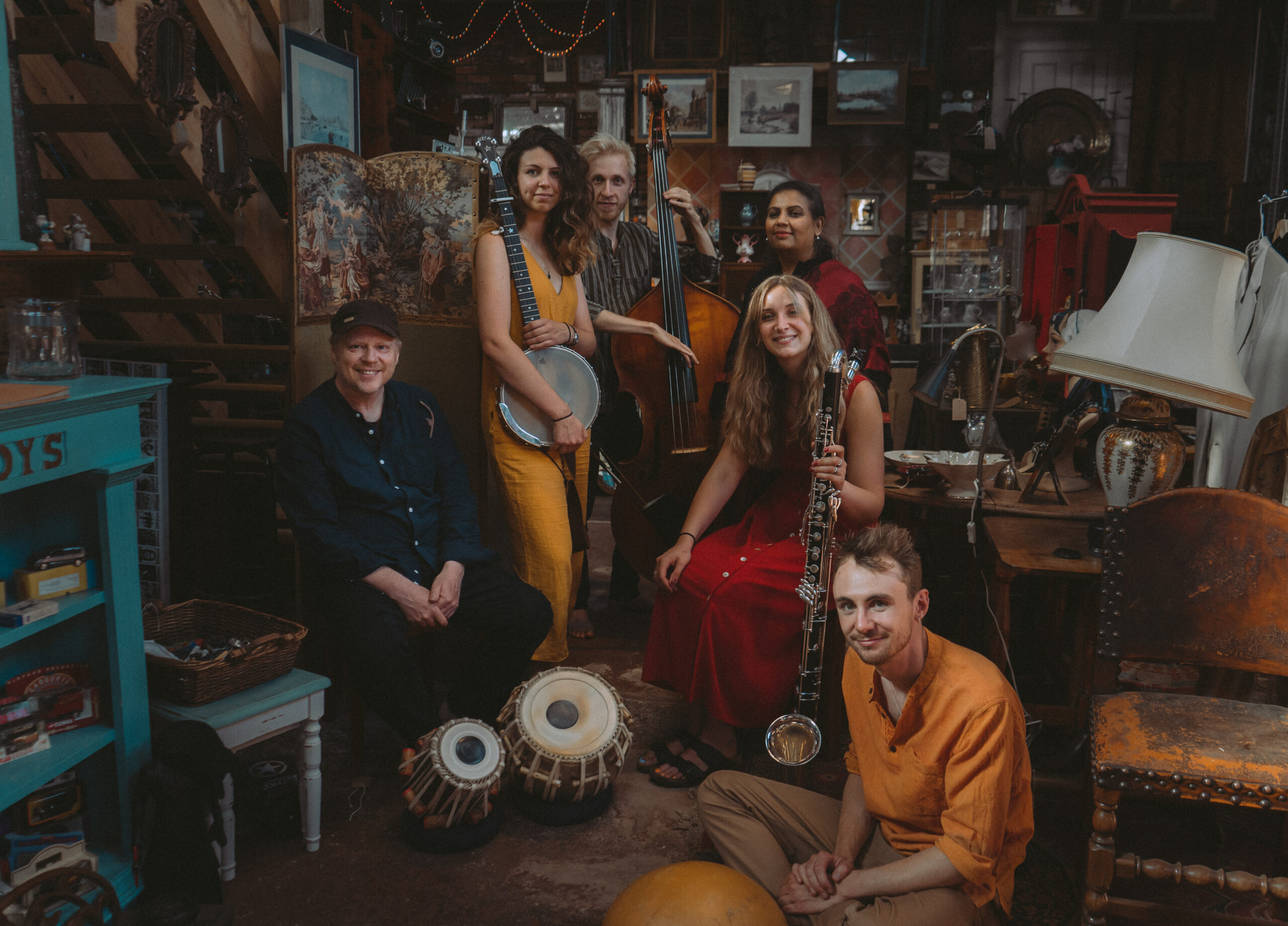