Described as delivering “energetic and charming performances”, the Morris-Begg Duo of Ross Morris (guitar) and Ines Mayhew-Begg (voice) formed at the Royal Conservatoire of Scotland and have already brought their shared enjoyment of the intimate and expressive nature of voice and guitar to several prestigious venues across the UK such as the National Gallery of Scotland, St Giles Cathedral and Kings Place London.

From Rennaissance lute songs to flamenco-inspired songs from Spain, this concert will feature a wide range of styles and periods and will include some of their own arrangements, bringing a fresh approach to some of the most loved repertoire for the voice.

They perform to a wide variety of audiences through Live Music Now Scotland and are 22/23 International Guitar Foundation Young Artists. As IGF YA’s they will be premiering new commissions for voice and guitar throughout the year at some of the UK’s most eminent venues.

Ross has performed across the UK as a soloist including at Helly’s International Guitar Festival and he toured with Glyndebourne Opera in 2021. He is a member of Quartet Malamatina who performed at the UN Climate Conference, and who have toured the UK and Canada, premiering a new commission from the UK’s most exciting composers. He teaches guitar and musicianship at St Andrews University.

Ines is a Scottish soprano and has recently made her German Debut as Adele in Lyric Opera Studio Weimar’s production of Die Fledermaus. She has performed several solo roles for Scottish Opera Young Company and her performance as Amore received praise for having ‘confidence, consistency and fluency’ by Andrew Clark in Opera Magazine. She has a keen interest in early music and is the founder and director of the Avra Baroque Ensemble. 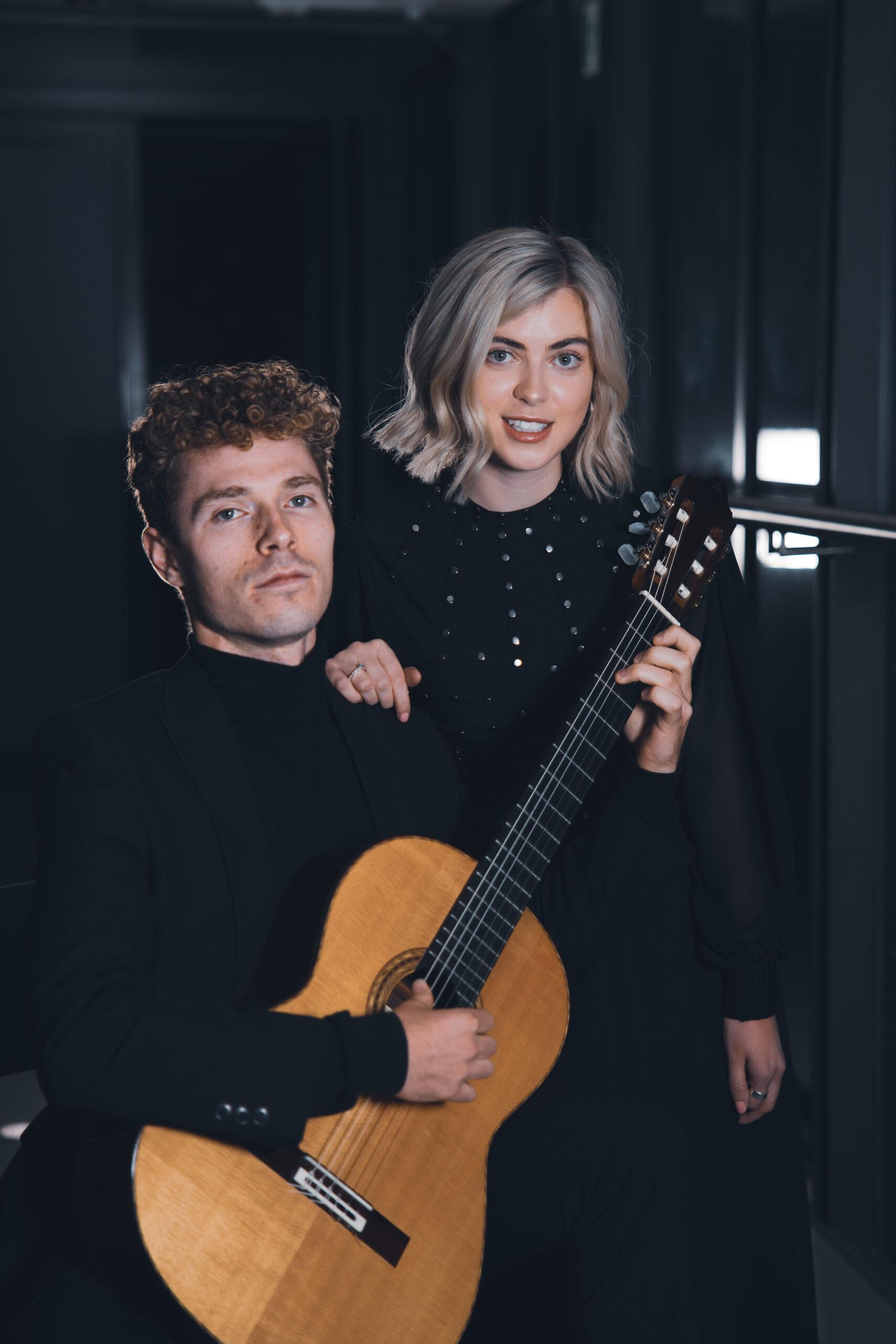