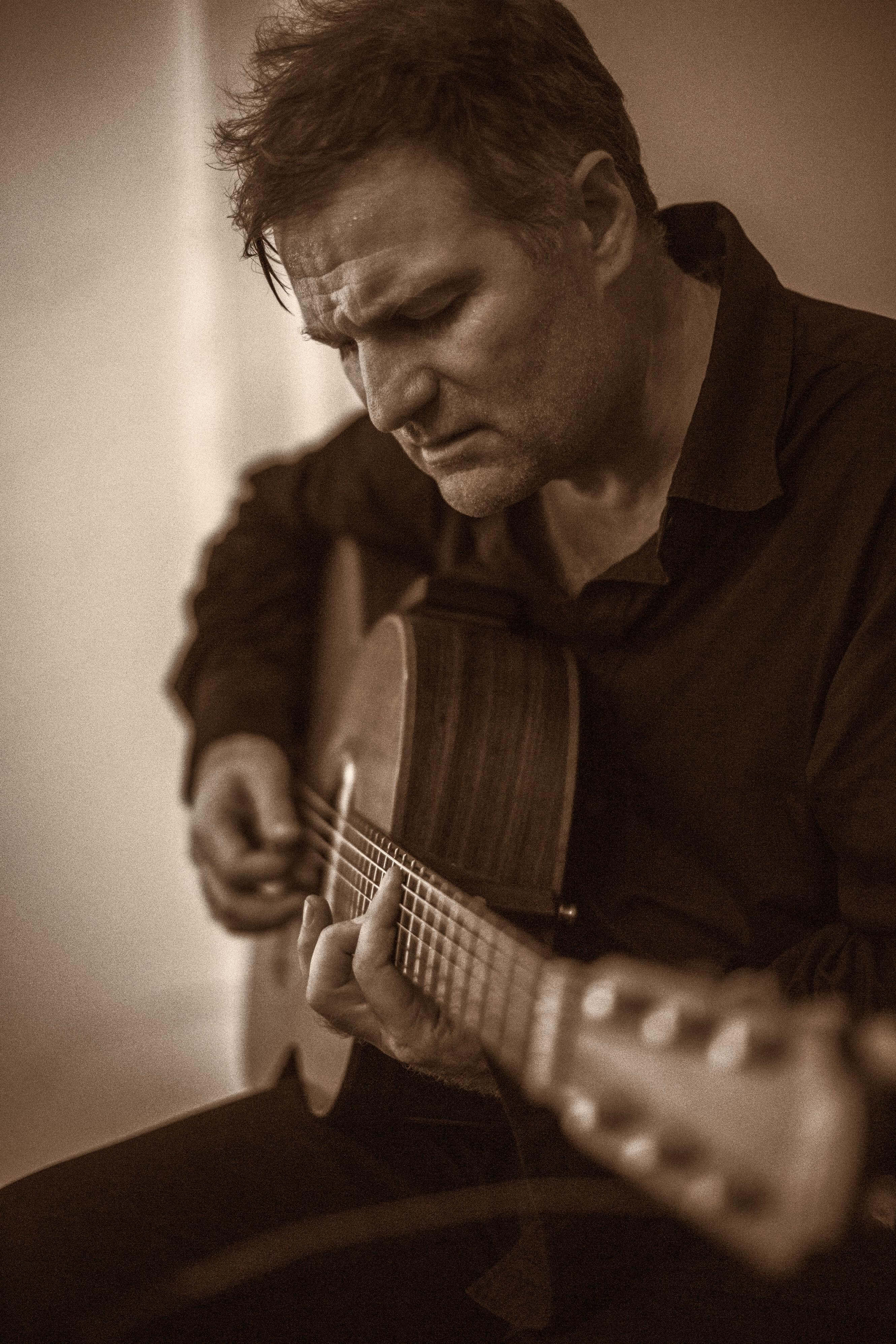 58 FORDWYCH ROAD is an all-new show from Nick Harper that centers around a living room in a small flat in Kilburn, London in the mid-1960s. Then the abode of up-and-coming singer-songwriter Roy Harper & his wife Mocy. The flat was an after-hours hang-out for the legends who played at Les Cousins in Soho at the height of the acoustic explosion in swingin’ sixties London. People like Bert Jansch, Davy Graham, John Renbourn, Paul Simon, Marc Bolan, Sandy Denny & others dropped in, to drop out, jam & try new tunes. But, all along, there was someone else there… a toddler, part of the family, inhaling the music & absorbing the vibe; Roy’s young son, Nick Harper. Nick later carved out his own career in music, but in this unique & one-off show he plays tribute to the time, the place & to the music that became the centre of everything for him & the rest of this ‘family’. The 58 FORDWYCH ROAD shows run over two halves. The first will see Nick delve into the deluge of songs he heard direct from the greats when growing up. In the second Nick will trace the journey of how these luminary figures’ music evolved & helped shape popular music beyond the sixties & revisit the eternal themes that run from then to now in songs of his own fine repertoire.

NICK HARPER is one the UK’s best kept musical secrets. Those who have witnessed the spellbinding, one-man show will tell you this. A childhood growing up surrounded by the musical prowess of some of the 60’s most revered songwriters & musicians, not to mention being son of Roy Harper, along with 20 years of crafting songs & touring the land has spawned a truly one-off, original guitarist & songwriter who stands alone as a UK great, to be cherished & revered. For over two decades, he has been dazzling audiences, reviewers & fellow artists alike with his heady mix of virtuosity, boyish charm, showmanship & sheer bravado. An imagination bursting with ideas has seen Nick release 11 solo albums to critical acclaim, earning a Number 1 spot in the charts with the seminal hit ‘Blue Sky Thinking’. More recently, in 2017, Nick recorded his full band album Lies! Lies! Lies! with legendary producer Tchad Blake at Studio La Fabrique, South France (studio of choice for Nick Cave, Morrissey & Radiohead). The album received strong support from BBC 6 Music coupled with Nick & band being greeted by rapturous, capacity crowds on the tour that followed. Early 2018 saw Nick return to the live circuit with a newly formed solo set featuring quadraphonic sound & re-imaginations of songs pre-chosen, by request, by Nick’s fan base. The ‘100 Things’ tour proved to be a hugely successful return to the stage with all but a handful of shows selling out. 2018 also saw Nick Harper perform his first spoken word piece, A Wiltshire Tale, at some of UK’s most prestigious venues. It is a journey through Wiltshire’s (where Nick later grew up) history, landscape & wildlife. Depicted through the voices of three characters, this one-man show bears witness to this most magical of counties in spoken word, poetry & live music.

‘Harper has so much musicianship in him it just leaks out all over the place.’ —The Times

‘He deserves to become a major figure in his own right’ —The Guardian
‘Dylan for the iPod generation…Betjemen with a guitar.’ —Guitarist
‘My musical discovery of 2016!’ —Tom Robinson, BBC 6 Music
‘One of the finest guitarists of his generation’ —Mojo
‘Acoustic Hendrix!’ —Guitar Magazine
‘Hey, the boy is good!’ —Robert Plant
‘That boy is too good.’ —Bert Jansch