The Captain’s Beard are pirate minstrels from the humble fishing village of Brighton. Playing a mixture of rocked up maritime and Irish folk music from the British Isles and original tunes that combine the raucous folk-rock vibes of the Pogues, Flogging Molly and The Drop Kick Murphy’s with all the outrageous comedy of Flight of the Concords. This year sees them supporting the likes of Professor Elemental and on the same line up as Richard Thompson. With the release of their debut album “Same Ship Different Day,” they toured the entire south coast of the U.K and this year they’re going one further, embarking on a full UK tour taking them from Dover to Penzance and from Cardiff to Inverness on “The Four Corners U.K. Tour.” They’re looking forward to making you dance, drink and laugh along with them. YARRR!

Based in Cornwall in the UK Gurdy Bird is inspired by the worlds occupied by Playford, the City Waites and Nine Inch Nails, via Adam Ant. She plays a symphonie Hurdy-Gurdy over her backing tracks which she performs, programmes and records herself, creating original compositions inspired by Cornish culture and folklore, Tyburn and unusual renditions of traditional folk tunes and shanties. She combines her musical performances with poetry and, for the full shebang, projects her music videos during performances, which she collaborates on for a multimedia, story-telling effect. She also roams acoustically at events, performs plugged in without the videos if the venue isn’t able to facilitate and also dabbles in remixing

Proper pirate punks! Pirate Copy hail from Cornwall and boast a festival appearance at Boomtown. Their raucous irreverent sound is sure to capture the pirate punk in you and leave you pogoing, moshing and lining up the shots on the bar. Yarrrr 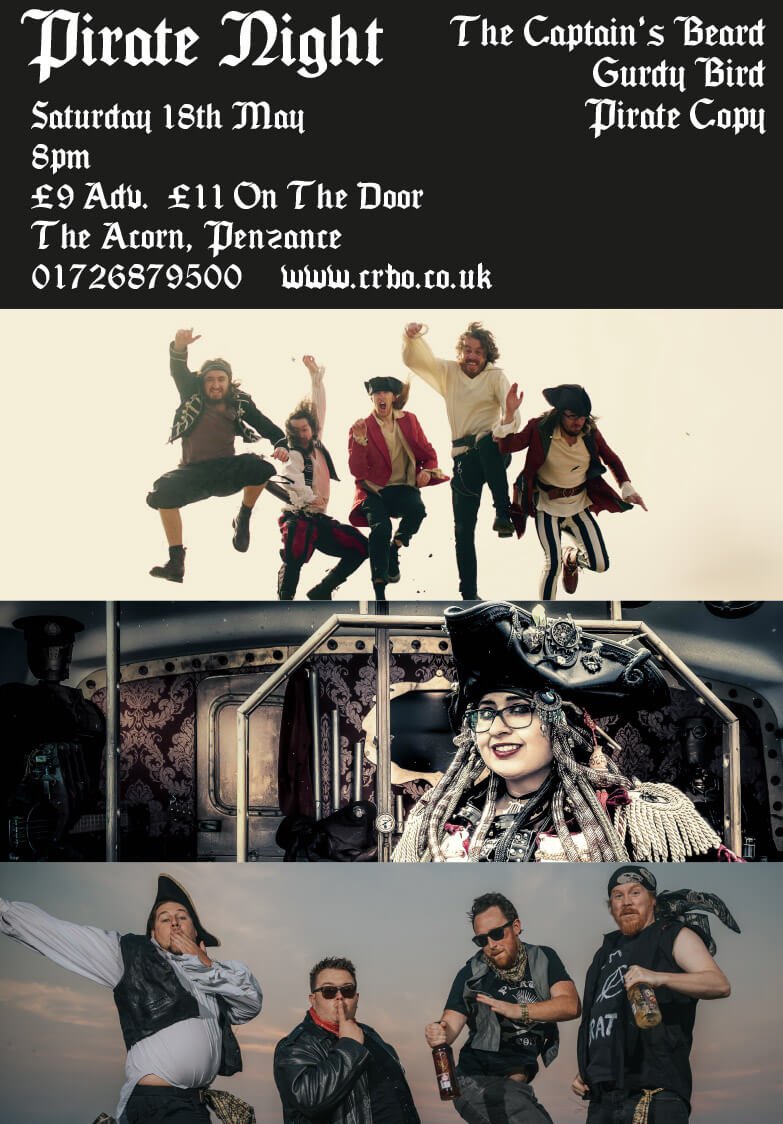