Established Bristol based and touring performers China Blue Fish & Deborah Antoinette present their newly devised and much-anticipated work. Venus is about to collide with Earth! A multi-character melange of opinions paints the stage rainbow coloured, sequinned, hairy and fleshy pink….

Blending music, comedy, drag, dance, buffon and the grotesque, China Blue & Deborah collaborate – all power to the feminine, the wrathful, the sensual!

Characters range from Virgin Mary to Theresa May, Earth Priestesses to Burt the drag king, interspersed with original vocal score and music.

The quest of two female comedic performers to unleash the power in a word, and a sex whose wisdom & sensual freedom has been silenced since the burning of the witches. Discovering what is left that really is sacred and feminine and what exactly is profane?

Suitable for over 15’s 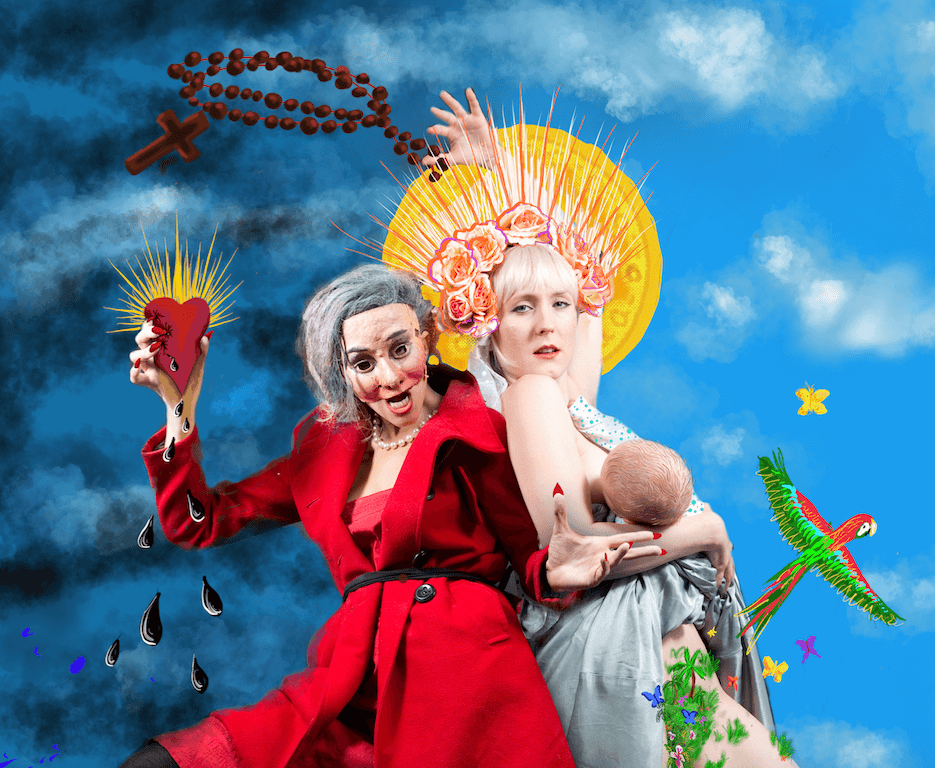