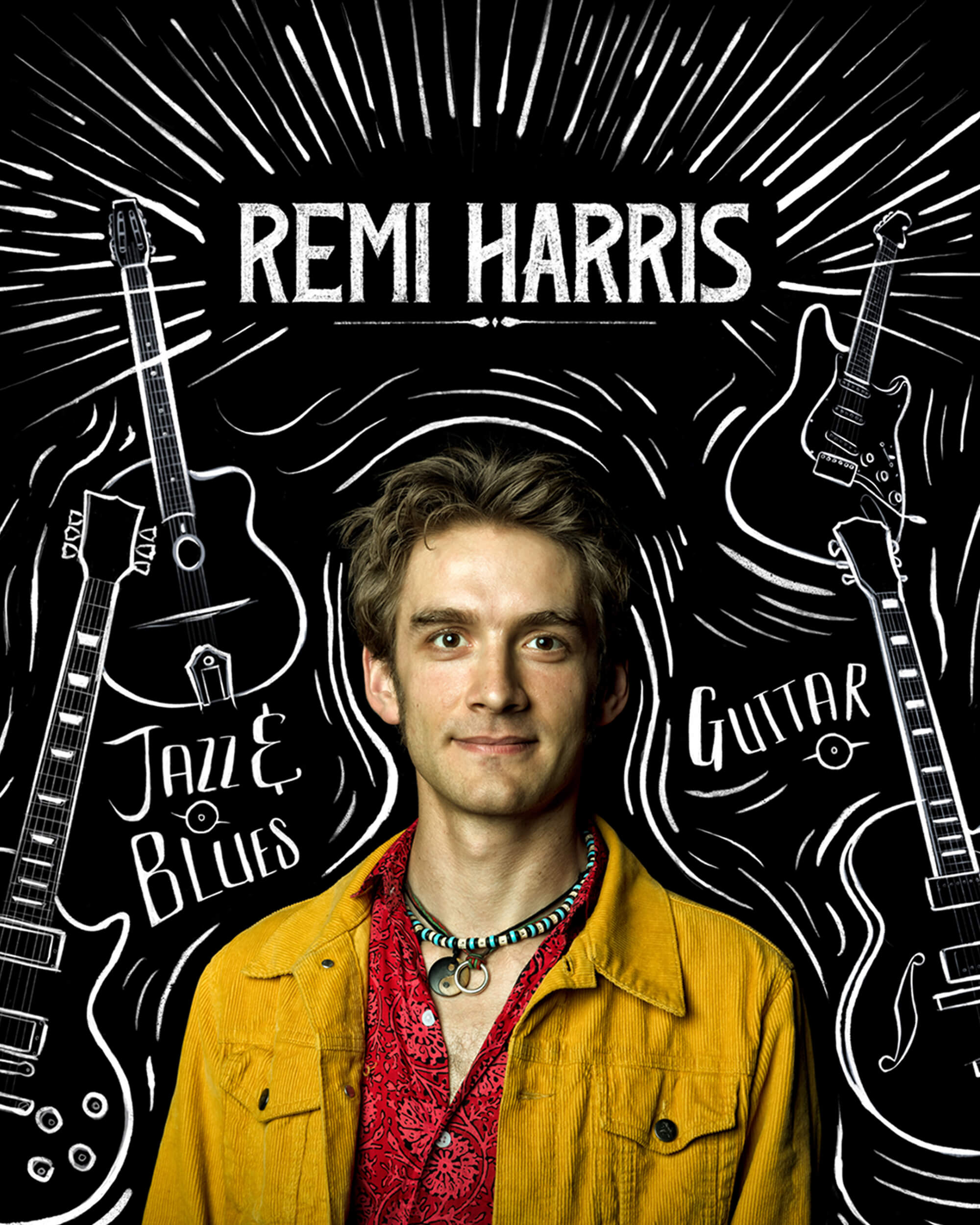 In his live shows, Remi plays an eclectic mix of jazz standards, improvisations, original compositions and new arrangements of his favourite tunes. He plays a variety of acoustic and electric guitars and the shows are interspersed with his commentary about the history of the music and instruments he’s playing.