Over twelve years and evolving incarnations Roving Crows have cultivated an arresting, singular sound that pushes the boundaries of the Celtic Folk genre.

Their live show is guaranteed to get any crowd dancing.

Since launching in 2009 Roving Crows have made their mark on the folk and roots scene in the UK as well as International tours of Australia, Ireland, France and in 2019 Portugal, where the band were welcomed to the renowned Costa Del Folk festival. Roving Crows were awarded International Artist of the Year at the Australian Celtic Music Awards in 2017.

Formed by Paul O’Neill and Caitlin Barrett, the band have created 3 albums;

‘Bacchanalia’ 2012, ‘Deliberate Distractions’ 2013 and the latest ‘Bury Me Naked’ which was released in Spring 2017 and received some fantastic reviews. The former two releases were produced by Nick Brine (Ash, Oasis, Bruce Springsteen, Seasick Steve) at Rockfield Studios and ‘Bury Me Naked’ was handled by their Bass player at the time, Loz Shaw.

They have wowed festival audiences from Cambridge and Trowbridge to Cheltenham Jazz Festival. Band of the Year in the 2014 FATEA Music Awards and Best Live Act in the Spiral Awards in the same year. Previous accolades include the Irish Music Association Awards for Top Celtic Rock Band and Top Fiddle Player. The band had great tours of Brittany and Australia towards the end of 2019 just prior to the pandemic.

During the COVID-19 crisis, Paul and Caitlin decided to return with their family to his

Irish homeland and they now reside on the beautiful West Coast. In July 2020 the band released their remotely recorded ‘Lockdown’ EP.

Roving Crows will release their 4th album ‘Awaken’ at the beginning of March 2022 and they will tour the UK extensively throughout March and April to promote this.

conscience and a beating heart.’

‘they’re a band capable of delivering a uniquely inspiring style.’

‘…epic treatment of Ride On…’They will do well on the festival circuit.’ 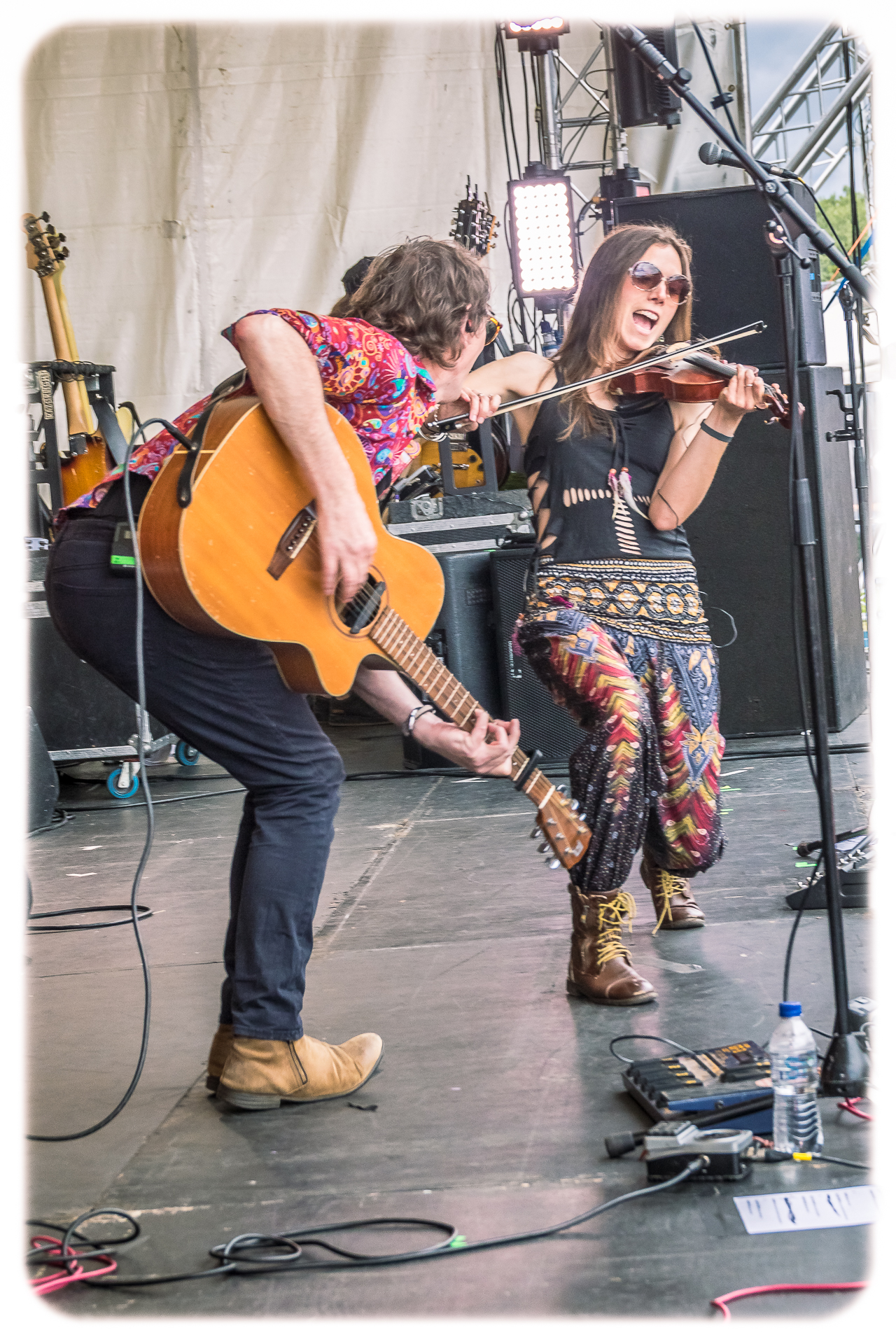 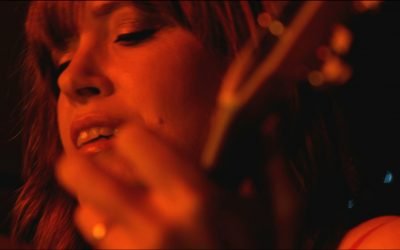