‘Drummer Chris Slade formed THE CHRIS SLADE TIMELINE in 2012 to celebrate his 50 plus year career as a professional rock drummer since he started with Tom Jones at the tender age of just 16 years. Since then he has performed with all the greats, including AC/DC for two major World tours and two albums. Manfred Mann’s Earth Band, Count Basie, Tom Jones, Paul Rodgers, Jimmy Page, The Firm, David Gilmour, Uriah Heep, Gary Moore, Asia, Michael Schenker, Olivia Newton-John, Gary Newman and many more…

The Chris Slade Timeline take music from the above, so expect to hear all the hits you know plus plenty you forgot you love!! From ACDC to ZEPPELIN

with a few original songs written by Chris Slade and the band thrown in!  They have toured the UK and Europe extensively, continuing to delight audiences everywhere, giving fans a chance to get “up close and personal” with the drumming legend and to check out that awesome ‘Rock or Bust’ drumkit!’ 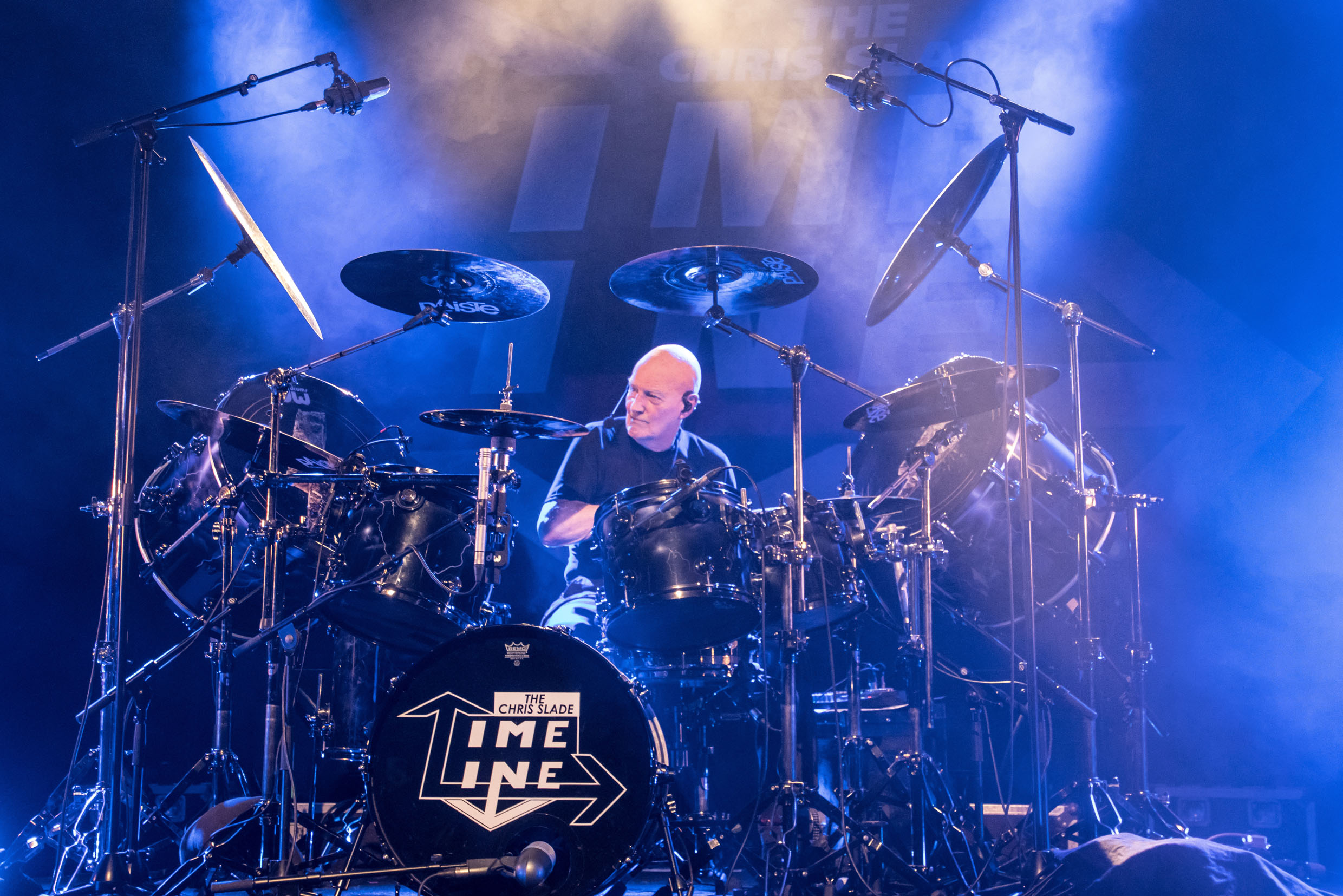