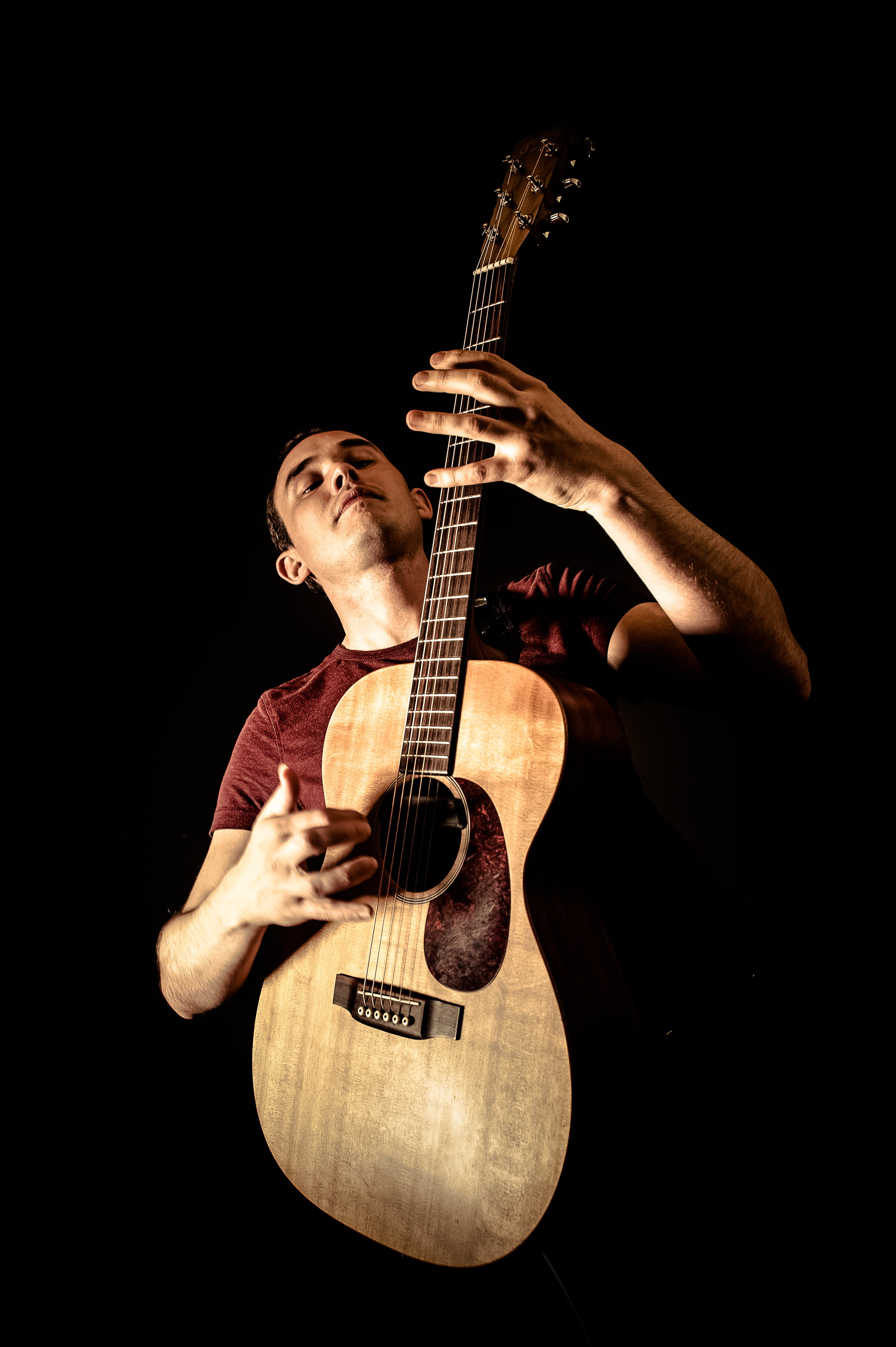 Chris began his career as a solo guitarist, originally catching the eye of the music industry for his creative approach to playing; using revolutionary techniques and a hugely individual approach to composition. Endorsed by the most acclaimed brands he honed his skills performing at prestigious guitar festivals across the globe. Approached by Hal Leonard to write a comprehensive guide on the percussive style, which quickly became the standard ‘how to play’ percussive guitar publication, Chris’ reputation became international and highly regarded.

Since then his focus on creative playing has led him to branching out his compositional style to orchestras of all shapes and sizes. Recent projects for his ‘groove orchestra’ include Guitar Revolution ( a national tour creating pop-up guitar orchestras) or Orchestral Evolution (a recent commission to create a contemporary and evolved orchestra for young people).

A spontaneous creator and an emotive player…

Headliner magazine described a recent performance at Peter Gabriel’s Real World Studios: ‘tremendous – to say Chris Woods feels this music is a wild understatement, and it’s a genuine privilege to witness them perform’

Tonight Chris will be performing a collection of solo pieces ranging from spacey improvisational solos to explosive percussion-driven grooves.