In 1969 Eric Bell walked into a bar in Dublin, ordered a pint and settled down to watch a band play. Two of the members of that band were Brian Downey and Phil Lynott. He was knocked out by what he saw and heard and asked them to form a band with him. Both duly obliged and within weeks Thin Lizzy was born.

The three of them worked very hard both in the studio and on the road and were eventually rewarded with a hit single, the anthemic  – Whiskey In The Jar –  which catapulted them into worldwide recognition.  Their newfound popularity kept them very busy. There was a lot of pressure, both touring and recording and eventually Eric conceded that health-wise it was a bit too much for him to handle and left the band.

Noel Redding, bass player to Jimi Hendrix, befriended Eric and they were soon recording and touring together through Europe and America.

In the late seventies, Bo Diddley came to the UK to tour and asked Eric, who else, to play guitar with him.

Eric eventually decided to forge a solo career, playing in his favourite 3 piece format and has over the years recorded a host of albums both live and studio and most recently has recorded two highly acclaimed albums, Exile and Standing At A Bus Stop. Both albums contain songs that have been lying dormant for a number of years and have now been given a well-deserved airing.

The 50th anniversary of Thin Lizzy in 2020 has been, thanks to the pandemic, moved to 2021 and Eric will celebrate this landmark the way he likes best, playing live in as many towns and cities as possible.

He brings with him two musicians who are also no slouches when it comes to recording and touring; Alan Niblock on bass and Romek Parol on drums, who, between them, have a client list that looks like a who’s who of the rock’n’roll world.

Eric will work his way through a playlist of songs that takes him from early days and influences, through his “Lizzy” days, through his back catalogue and right up to the present day including songs written during the almost 2 years layoff thanks to the pandemic. 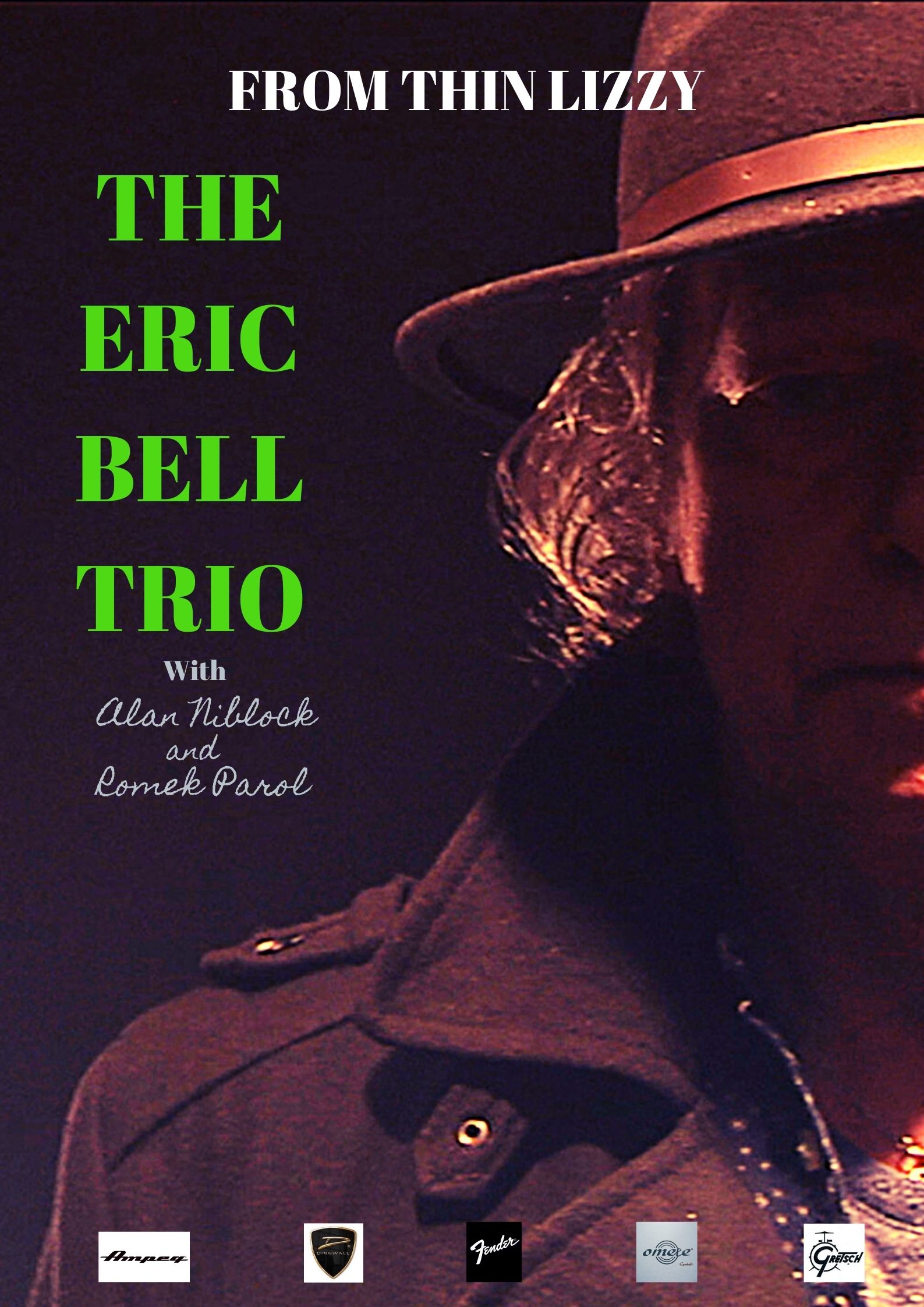