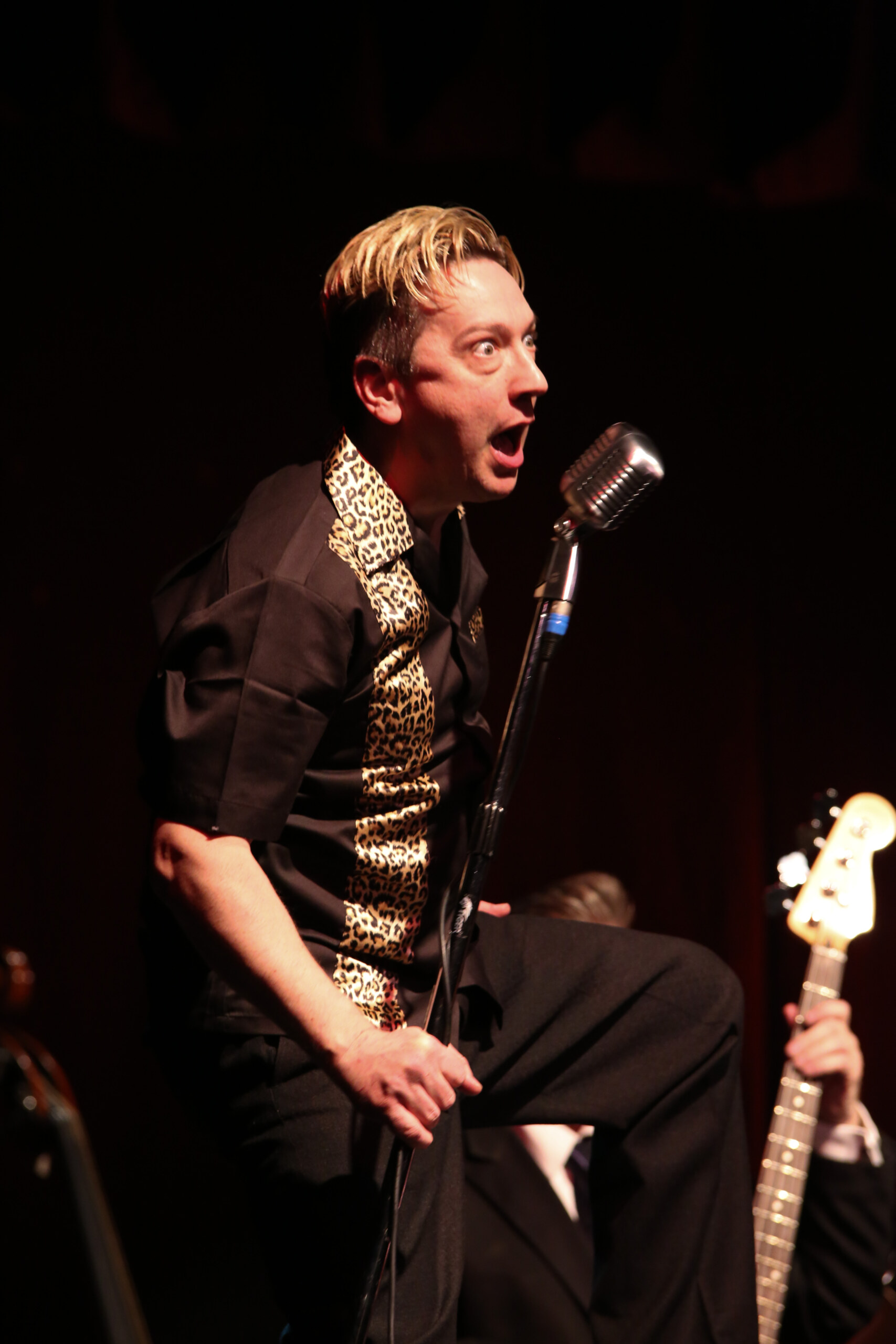 Gold events have the most measures, including 100% socially distanced seating, with a capacity of 50% of maximum (90). All tickets will be for allocated seats. The one-way system will be in operation

Starring Peter Gill the Jerry Lee Lewis Story reminds the audience of rock n roll’s most exciting performer and the original first wildman of music. Jerry Lee’s career was a rollercoaster of a ride that saw him challenge Elvis as the King of Rock n Roll, only to fall catastrophically in disgrace before returning to the top as one of music’s biggest names with his triumphal concert return at Hamburg’s Star Club.

Peter, his band and the cast tell the story and perform a host of Jerry Lee’s own hits plus his versions of classic rock n roll songs made famous by other legendary names such as Elvis, Chuck Berry, Little Richard and Ray Charles – songs such as What I’d Say, Roll Over Beethoven, Good Golly Miss Molly, Long Tall Sally, Jailhouse Rock, Hound Dog, Don’t Be Cruel, Great Balls Of Fire, Whole Lotta Shakin, Wild One and Breathless.

Peter Gill’s performance as the Piano Pumping Wildman has audiences amazed and astounded, his performance has been described as ‘SIMPLY PHENOMENAL’ and has even been endorsed by Jerry Lee Lewis’ own son.