The New Jersey Boys – O, What a Night!

The hit show continues to play to sell-out audiences and standing ovations throughout the U.K.  Featuring the amazing falsetto voice of Einar Vestman and the humour of all-round entertainer Gary Gould, the packed two-set programme guarantees an evening of superb harmonies, stunning solo spots and light comedy. As well as hits from the Four Seasons, the fully choreographed show includes tributes to other legendary performers.   An unmissable night of entertainment for which early booking is recommended.

OH WHAT A NIGHT!

Mid-October, Malborough Village Hall and we were transported back to the heydays of Franki Valli and the Four Seasons.

Against a backdrop of the Statue of Liberty; all-American Classic wheels and fabulous lighting effects, The New Jersey Boys recreated the soundtrack of our youth for many of us in the audience and introduced those who had not had the pleasure of enjoying the iconic songs first time round to such immortal tunes as Sherry, Big Girls Don’t Cry, Walk Like A Man and many more.

One of the biggest selling groups of all time, The Four Seasons were instantly recognisable by their unique sound – the tight vocal harmonies; amazing falsetto voice of frontman Franki Valli – and their precisely choreographed stage performances. All this and more were superbly captured by The New Jersey Boys in a show packed with perfectly detailed costume changes; never-ending loved hits; solo spots spanning a range of entertainers; comedy courtesy of Gary Gould and the heart-stopping sound of Einar Vestman. Close your eyes and his falsetto range so accurately reflected that of Franki himself, goosebumps tapdanced down your spine.

And if an evening of Jersey Shore magic alone was not enough entertainment, add in the strut and showmanship of Freddie Mercury; the raw sex appeal of that unequalled diva Tina Turner; the glitter, gloss and glamour of Showaddywaddy; and the sparkly spectacle of Sir Elton John, complete with Lion King.

Hit after hit; memory after memory, this was the music we danced to, cried to, lived by; the soundtrack of heartbreak and make-up; the tempo young music lovers made their own and still do even after all these years. The New Jersey Boys and their amazing show brought it all back and reminded us of just how good the good times were.

It was impossible to sit still as great pop/rock anthems swept us along, arms waving aloft and lyrics sung with all our hearts – our only regret was that the evening had to come to an end but not before we had experienced both the incredible falsetto heights and the sheer power of Einar’s voice.

Popularised by Luciano Pavarotti in the 1990s, the “Nessun Dorma” aria from Puccini’s opera Turandot is a tenor’s tour de force and brilliantly demonstrated the musicality of this group. All four members contributed their own individual flair, artistry and talents to the performance and, together, they truly evoked an era, a musical revolution, a new look, an exciting sound …the sound of The New Jersey Boys.

Catch them if you can – you will not be disappointed. 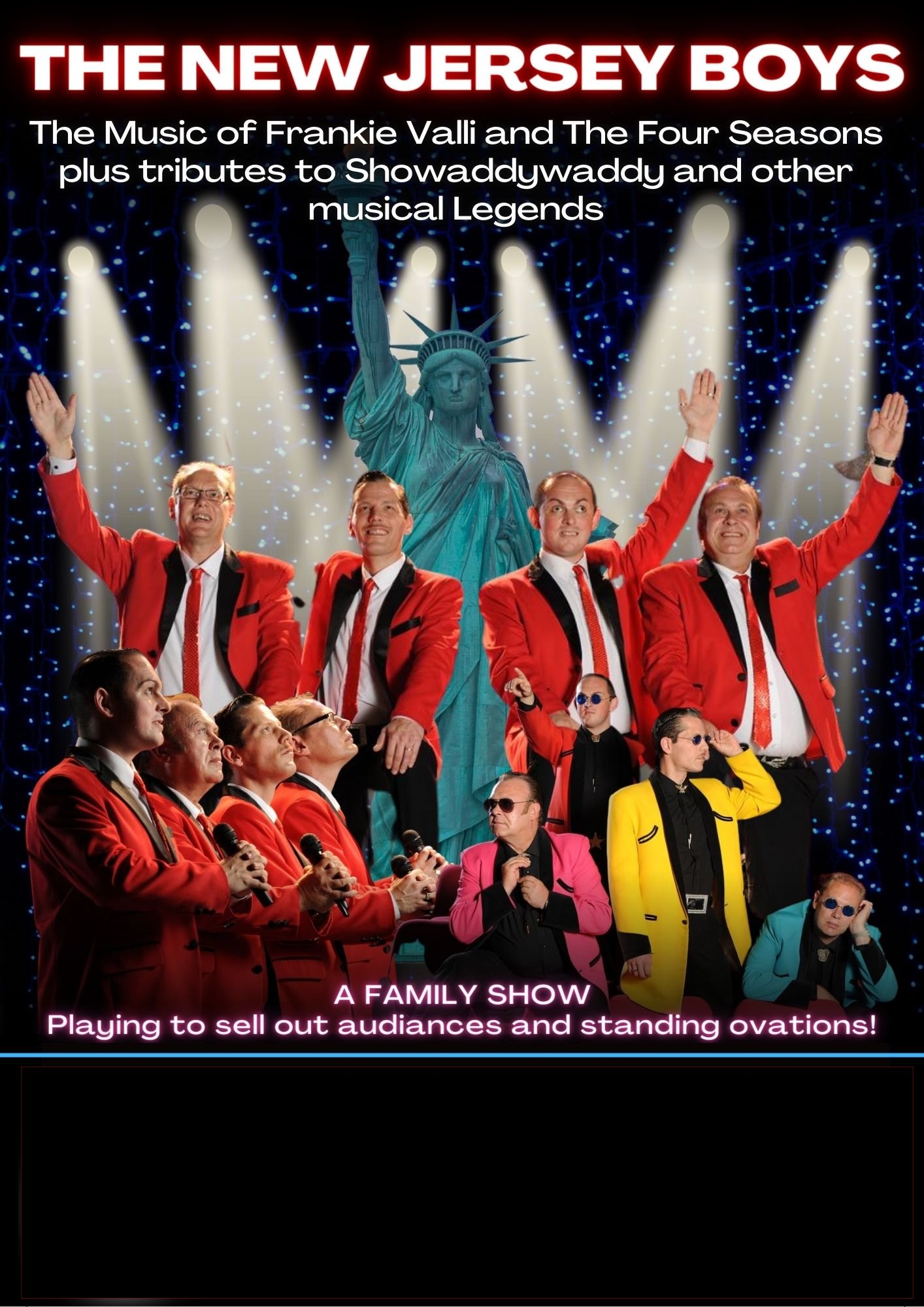