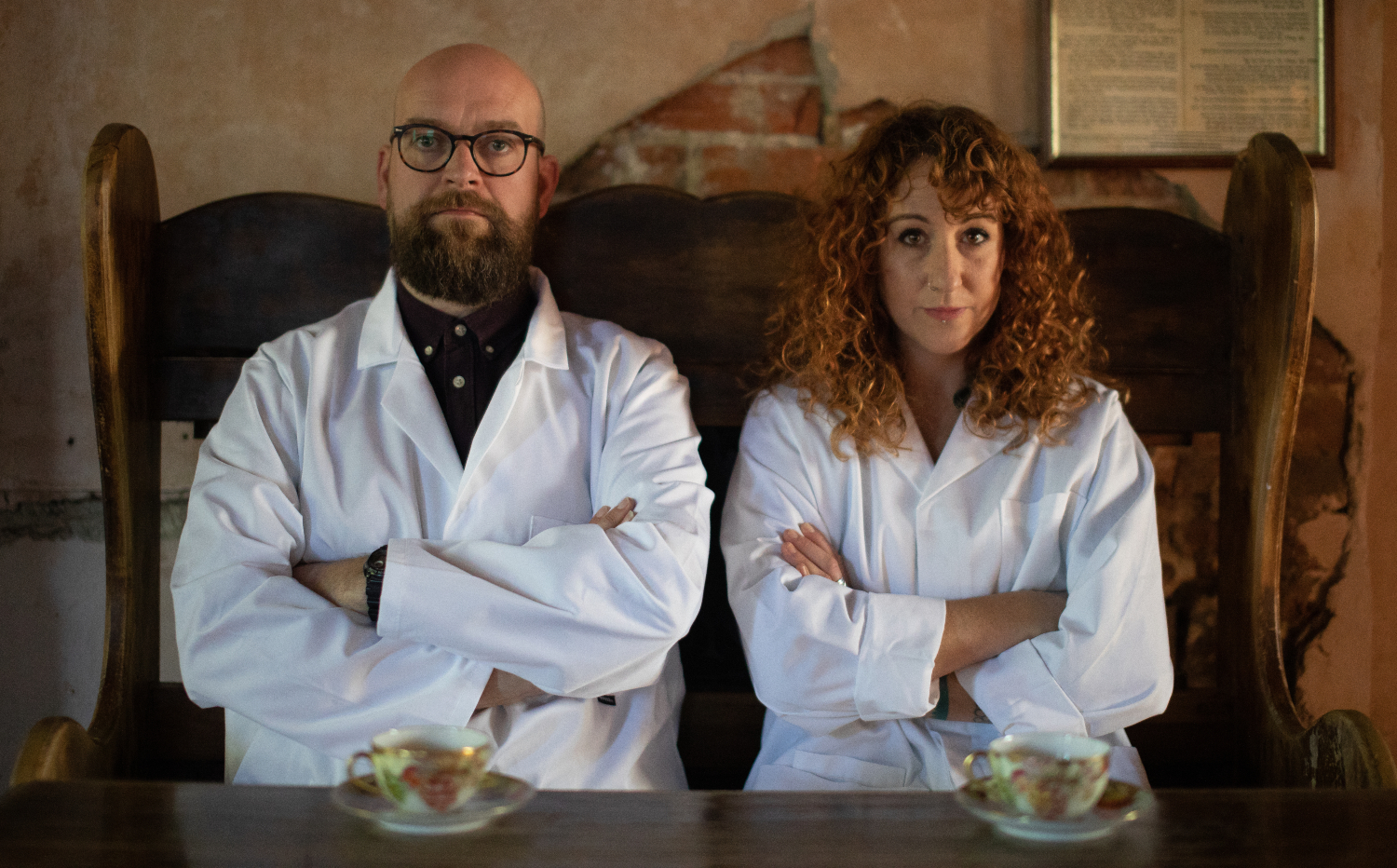 After two years in the lab, The Story Song Scientists are back with their new EP ‘Quantum Lyrics’ and ready to tour the UK sharing more astonishing discoveries through the medium of alternative acoustic music. From clouds to volcanoes, blood to explosives, their data research has led to fascinating findings which have been meticulously dissected and creatively reassembled for your aural and cerebral pleasure. This tour features brand new material as well as songs from their self titled EP released in 2018.

Though The Story Song Scientists may be completely unqualified in both science and education, they wear lab coats and are well versed in the art of song. So join them on an informative performance journey through time and space, blending music, laughter, lasers and maybe one or two vaguely interesting facts.

​Megan Henwood and Findlay Napier (aka The Story Song Scientists) met at Snape Maltings, Aldeburgh in 2016 – a few hours into an EFDSS (English Folk Dance Song Society) run songwriting retreat. They are outside drinking their 7th coffee of the morning! Napier’s driven nine hours from Glasgow and is a bit wobbly. Henwood’s back from a month-long writing trip to Nashville and she is jet-lagged and delusional.

​“Fancy writing a song about maths?” Napier enquires. And so the seed for this songwriting partnership was sewn. Their collaboration has led to the creation of songs about a hermit known as The North Pond Phantom, WBAI host Bob Fass’ lifesaving broadcast on 6th Nov 1971, Georg Cantor’s struggle with infinity, maths and God plus something about Shepherds and leaders.