Three Of A Kind

Louella Jade Eke – Bohemian blues, folk and country influenced songwriter, bustling out of beautiful Cornwall and tinkering her way around the world. The Dylanette of her era with a voice that feels like bathing in a honey filled hot tub whilst drinking a bottle of your best liquor. Not to be missed.

Alan Furneaux – Influenced by the blues, Dylan and Donovan, Crosby Stills Nash and Young and JJ Cale. Alan’s emphasis has always been the groove, the rhythm, the flow, the feel, that thing that gets the feet tapping and the heart pumping.

Malcolm Star – Blues, Folk, Funk and Soul are Malcolmʼs main influences. He would love to be mistaken for Ray Charles, Muddy Waters, Marvin Gaye or Van Morrison. Frank Zappa has never heard of him and Bob Dylan wants some of his riffs back. All this being said he is proud of the unique range of his own material.

This will be a seated cabaret style event. 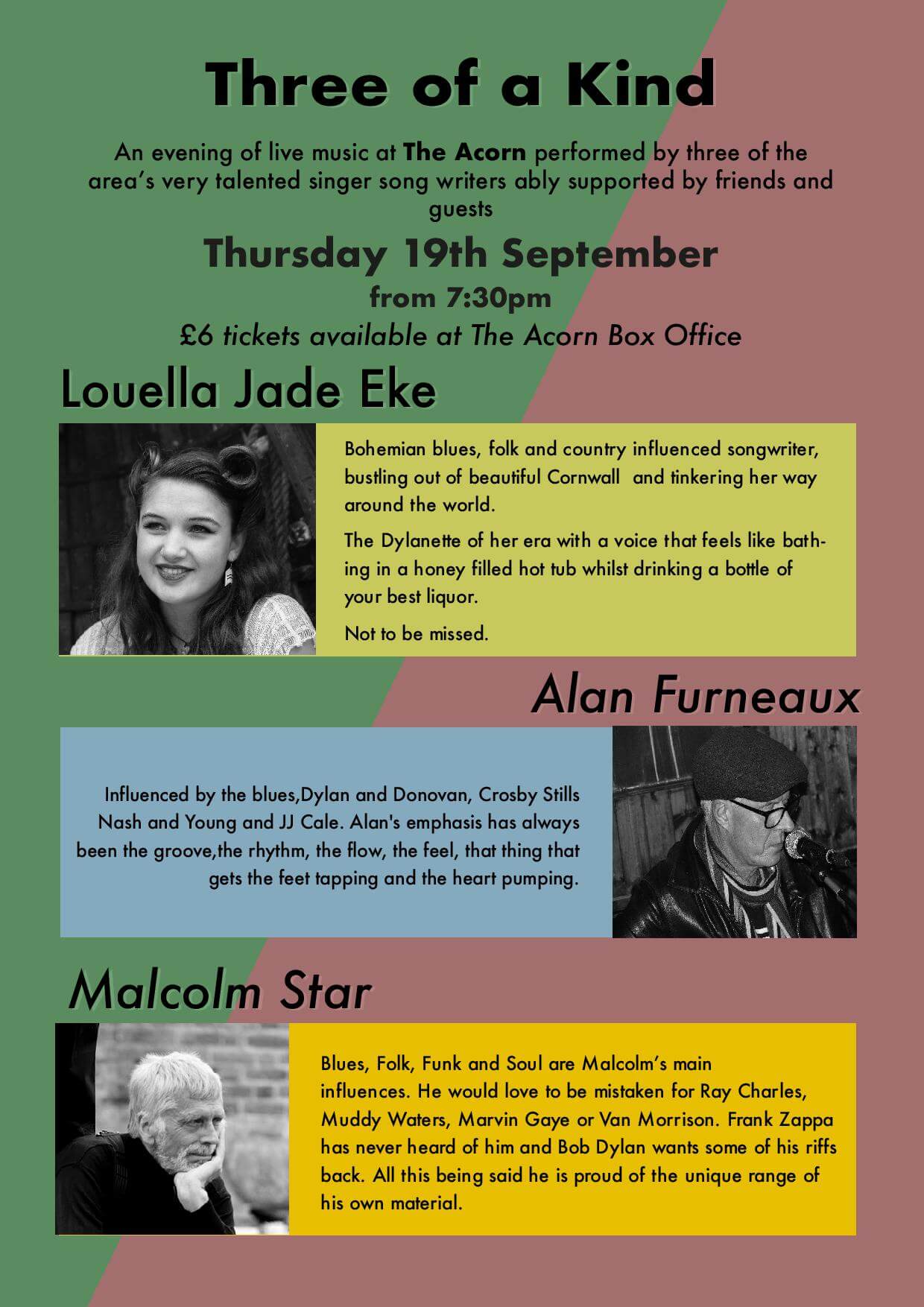