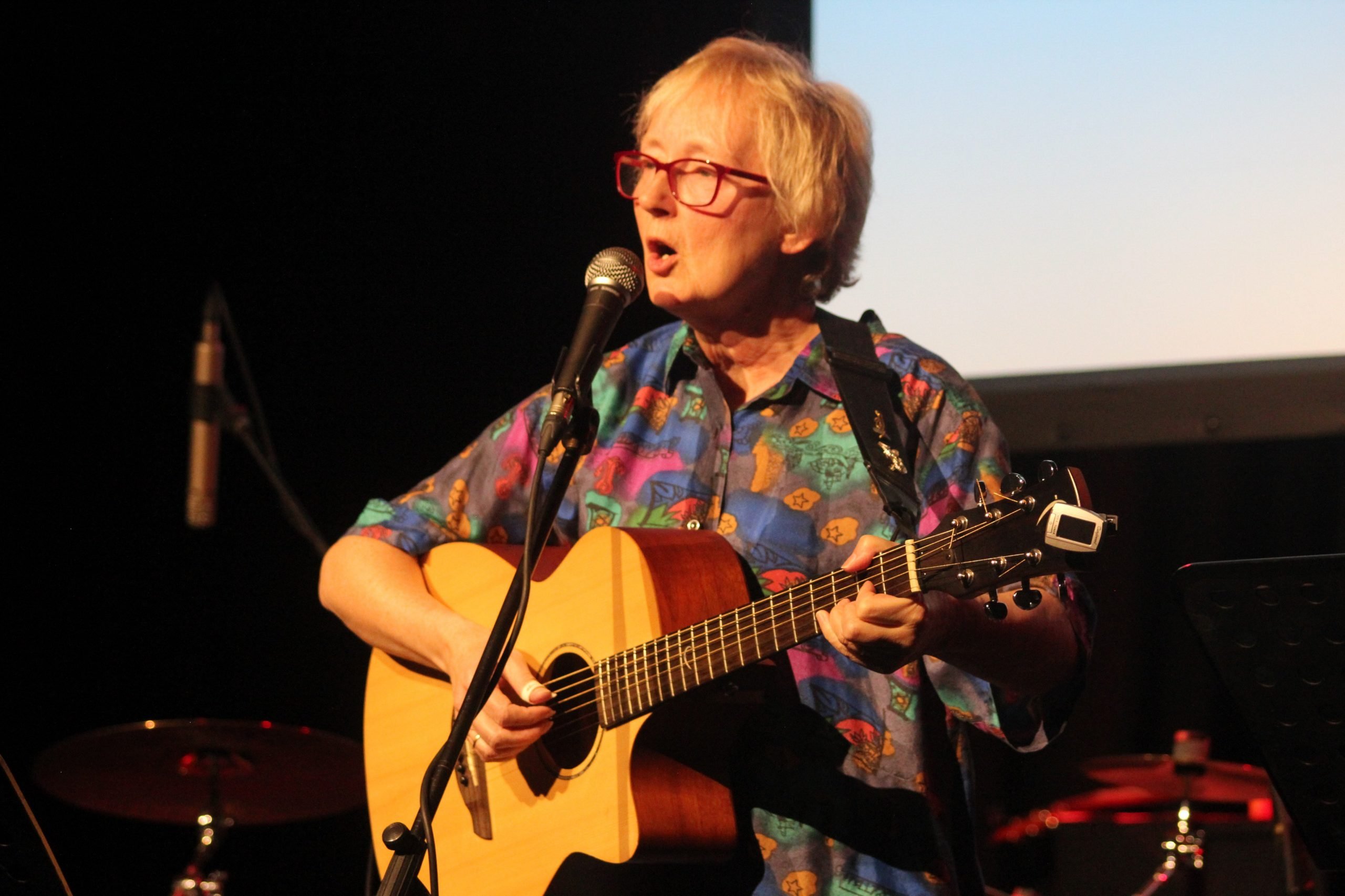 Melody Maker considered Lynn one of the best female guitarists in the UK and she continues to impress with clear and intricate finger-picking. She is influenced by a variety of styles, including blues, ragtime, folk and jazz. Lynn has supported many top artists: Ramblin’ Jack Elliott, Jake Thackeray, Richard Digance and Martin Carthy and spent a few summers touring the New England coffee houses and festivals. Well-renowned guitarist, Stefan Grossman, invited her to record on his Kicking Mule label where she was one of two women in the UK to feature on the first all-women guitarist album, Women’s Guitar Workshop.

Lynn is also a song-writer influenced by Don McLean, Paul Simon and the Laurel Canyon collective: Joni Mitchell, Crosby, Stills, Nash and Young, James Taylor, Carole King. Her songs pull on many topics, from the moon landings and silent movies to the hippy trail and, of course, love and loss.

Blues, Folk, Funk and Soul are Malcolm’s main influences. He would love to be mistaken for Ray Charles, Muddy Waters, Marvin Gaye or Van Morrison.