With more than 25 years of unrivalled musical partnership and gathering numerous nominations, awards and critical acclaim along the way, much-beloved British singer-songwriters Chris While and Julie Matthews celebrated a quarter of a century last year as one of the best-loved and most prolific female duos to come out of this country.

They have played more than 2,600 gigs, appeared on over 100 albums, written hundreds of original songs and reached millions of people around the world. Now, 27 years after their debut, they sound as fresh and vital as ever.

Shrewsbury Folk Festival commissioned a celebratory ‘While & Matthews’ takeover in August 2019 for which the duo curated the Sunday on the Stage 2, featuring friends and collaborators such as Eddi Reader, Blair Dunlop and Charlie Dore, IOTA, and Burden Of Paradise with lead singer Helen Watson, their Daphne’s Flight sisters.

it’s a real honour just to be an audience member but I’ve had the added honour of standing on a stage with them playing along in the background, things like that I’ll treasure forever, truly gifted human beings”

They were soloists alongside Jez Lowe, Bob Fox, John Tams, Barrie Coope and Jim Boyce performing with the BBC Philharmonic Orchestra in ‘The Ballads of The Great War Live’ on Friday Night Is Music Night, BBC Radio 2. presented by Michael Morpurgo.

“Chris While is the best singer in England”  Eddi Reader

Chris While (vocals, guitar, banjo, dulcimer, bodhran and percussion) & Julie Matthews (vocals, piano, guitar, mandolin and bouzouki) are stunning singers, songwriters, musicians and performers whose energy and commitment to their craft and their audience is boundless.

They are two of the best and most hard-working musicians on the world folk-roots scene, both are highly regarded producers and they record everything that they are involved in at their own studio in a small Pennine town far from the London-centric music industry. They truly are inspirational women.

The undisputed queens of British folk duos continue to come up with the goods,

1st class songs delivered with to-die-for harmonies, immaculate musicianship & melodies that lodge themselves in your brain  The Guardian

Though internationally acclaimed, they continue to be a leading force on the UK’s acoustic/roots arts circuit. Their songs cover life as they see it, from the industrial wastelands of the north to injustice and freedom, matters of the heart and everything in between. Their songs are covered by many revered singers the world over but it is While & Matthews’ musical partnership and obvious joy of performing together that really brings their songs to life. As performers they are unrivalled and their audiences leave their concerts having been through an emotional journey

Chris and Julie have been nominated ten times in the BBC Radio 2 Folk music awards in the ‘Best Song, Best Duo, Best Live Act’ categories and winning Best Duo in 2009 but it is their longstanding and devoted growing fans that they care about most.

2017 saw them perform at the Royal Albert Hall as part of the Folk Awards alongside Boo Hewerdine, John McCusker and Kris Drever. They were performing songs from the Ballads Of Child Migration, a project that covers the sad history of forced child migration and became a major tour in November 2018. 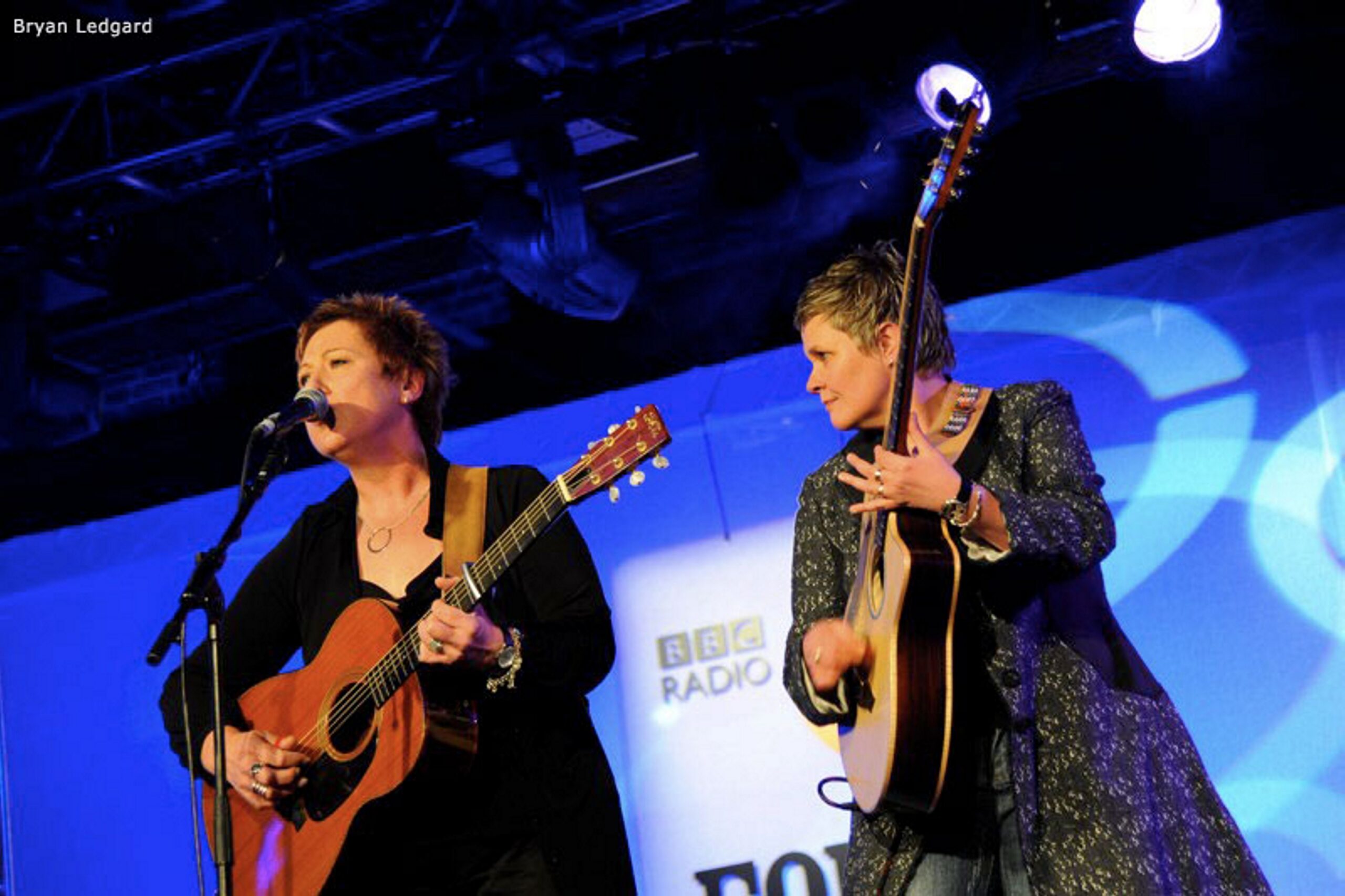