The dark nights are here, and a Yule Ball is just the thing to bring some light and merriment into the chill of the winter.

Wytch Events, in the midst of the Winter Market being held across the road at St John’s Hall, is bringing you this toe-tapping, dance-inducing evening of misrule with the inimitable 3 Daft Monkeys.

With Celtic and eastern influences, the 3 Daft Monkeys’ dynamic style of world folk music reflects the global village in which we now live. Their infectious dancing rhythms lead you through a musical journey of the senses and emotions and will leave you breathless, enthralled and exhilarated.

Support for the evening will be Alan Jones, who, stepping away from his magical persona, plans to share some original tunes, a protest song or two and gentle lead-in to the warm-hearted chaos that will follow.

Alan was founding member of Ahanan with the late Chris James. He is mostly known for playing covers in pubs and clubs and boasts of having been joined on one particular gig by the late Steve Wall (formerly of Manfred Manns Earth Band).

Alan suggests that you should read anything into the idea that former collaborators are now “late”. 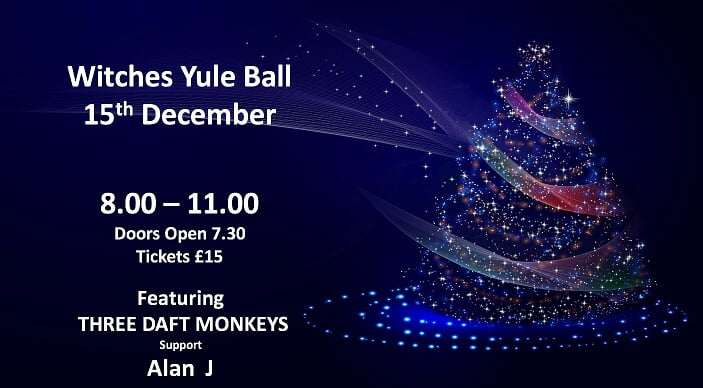