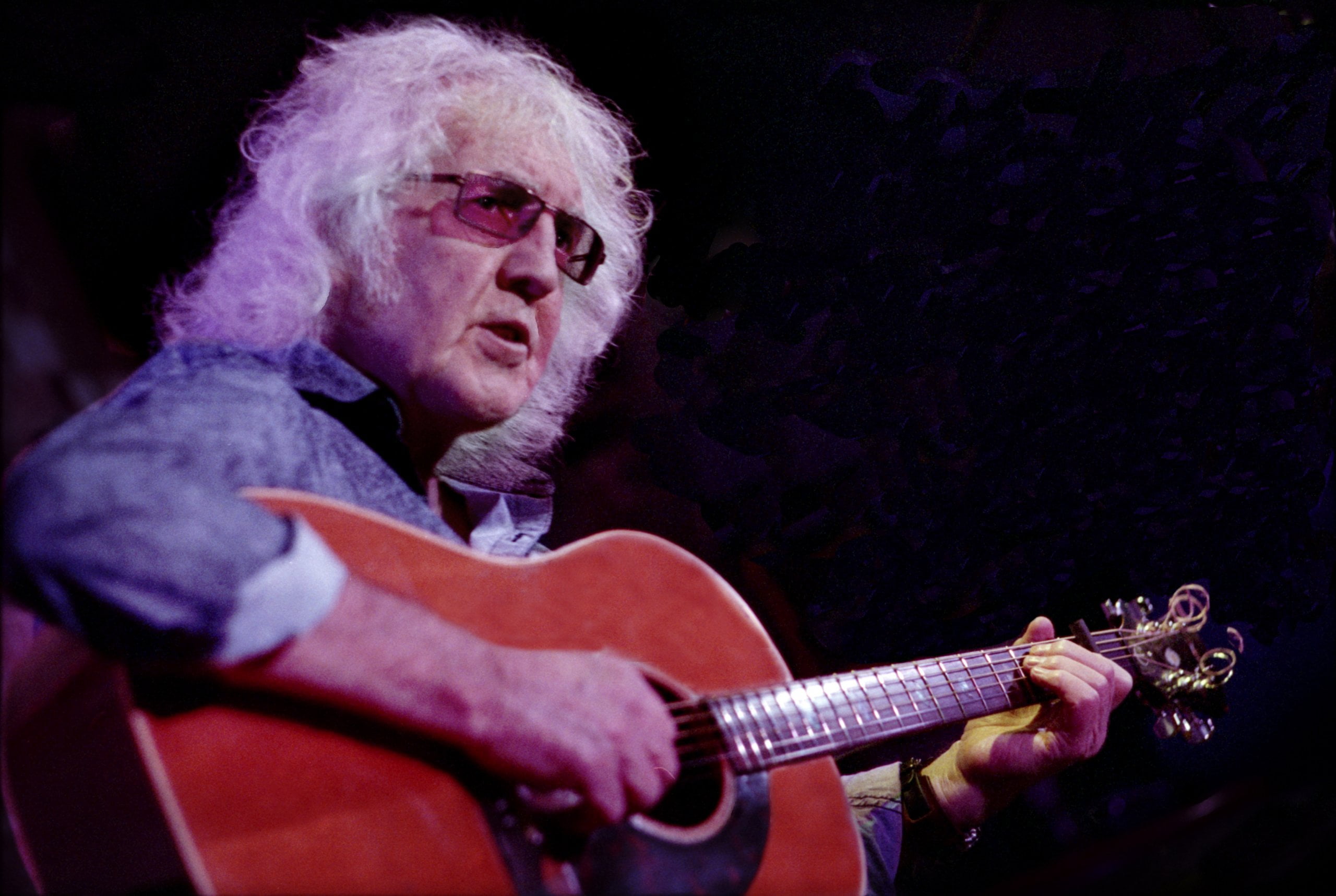 Born 1939 in Croydon, Wizz began his musical career leading a Country and Skiffle band called The Wranglers in 1957.

Inspired by seeing Big Bill Broonzy and Ramblin’ Jack Elliot, Wizz learnt most of his guitar licks from the likes of Davy Graham and Long John Baldry whilst playing in the coffee bars of London’s Soho.

Having followed the time-honoured buskers’ trail from the streets of Paris to the markets of Marrakech during the early 1960’s he returned to Britain with a unique acoustic guitar style, an eclectic repertoire and  “right hand worthy of Broonzy”!

John Renbourn, Clapton and Keith Richards have all named him as an important early influence and in May 2012 Bruce Springsteen opened his Berlin show with Wizz’s song “When I Leave Berlin”.

In April 2019 Wizz celebrated his 80th birthday with a sell-out concert at The Cadogan Hall in London and later that same year was presented with a lifetime achievement award at The BBC Radio 2 Folk Awards in October.